Early intervention and colostrum are crucial for a healthy calf

Calving is starting to kick into gear on beef farms across the country. According to the Irish Cattle Breeding Federation (ICBF), some 90,635 calves have been registered to beef dams so far this year (week ending February 23).

By now, heifers should be at least 80% of their mature body weight. A balanced plain of nutrition should also be offered to in-calf cows and heifers; these animals should have a body condition score (BCS) of 2.5 at calving.

Furthermore, in-calf cows and heifers should also receive supplementary minerals and vitamins during the last two months of pregnancy.

Good hygiene practises are crucial to the health of both the cow and the calf. All heifers and cows should calve down in a clean, well-bedded area. Having calving facilities equipped with a head-locking gate is advisable. This acts as a safety measure for the farmer should he/she need to intervene.

Pregnant animals should be moved to the calving area prior to calving. This will reduce the stress caused to the cow or heifer during this vulnerable period. 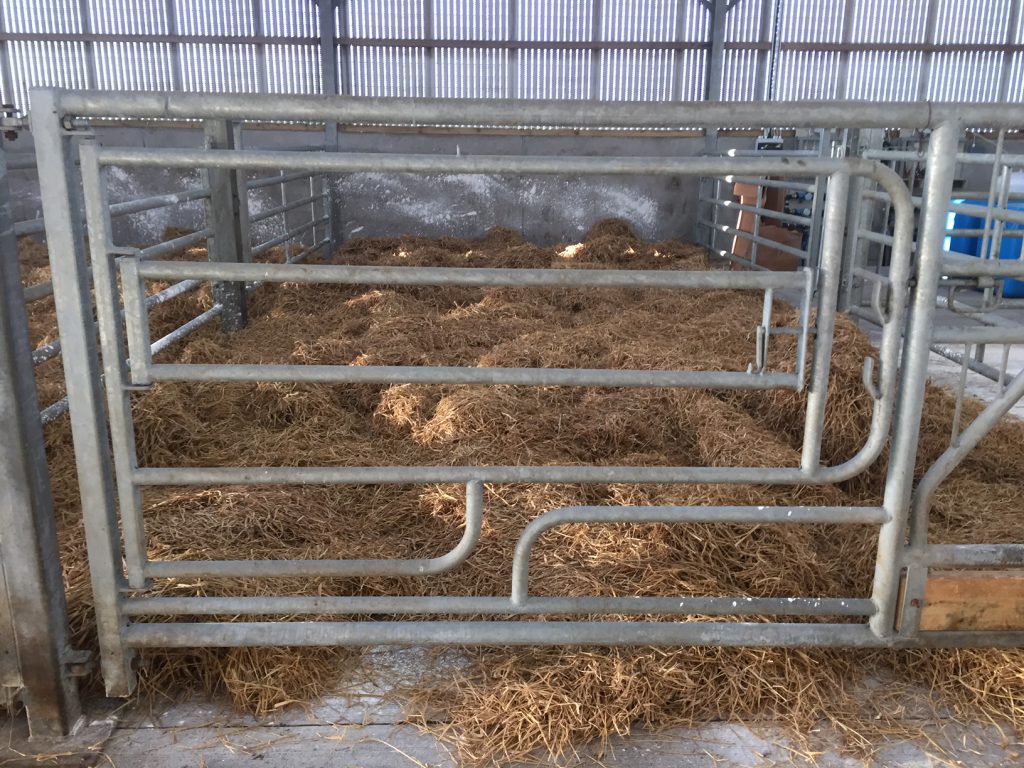 Observation is key to the calving process. However, the unnecessary handling of cows should be avoided.

Furthermore, farmers should intervene or seek veterinary assistance if calving is not progressing normally. For example, if the calf is not born within two hours of the water bag or hooves appearing.

The golden period after calving

Colostrum is the first and most important line of defence for a newborn calf. It’s crucial that the calf receives an adequate intake of colostrum within the first two hours of life.

Not only does colostrum provide nutrition to the calf, but it is also a source of maternal antibodies to protect against infections; many of which occur in early life.

Colostrum containing 50mg/ml or more of IgG (immunoglobulin G) is considered a high-quality feed for newborn calves. When good-quality colostrum has been identified, it can be frozen and used at a later date.

A calf should receive 8.5% of its total body weight in colostrum in the first two hours of life; after that immunoglobulin absorption reduces dramatically. Therefore, a calf weighing 35kg should get 3L and a 45kg calf should receive 4L. Those feeding levels are crucial for the future performance of the animal.

If intervention is required, colostrum can be fed by a stomach tube, nipple bucket or bottle.

Farmer intervention may be required when:

After calving, the navel should be treated to prevent navel ill. According to Teagasc and AHI, high-risk calves from problem calvings will benefit from resuscitative care during and immediately after calving.

There are a number of ways to resuscitate a newborn calf. The calf can be suspended upside down for a short period (no longer than a minute). Some cold water can also be used in an effort to revive a calf. Farmers can also stick a length of straw into the nostrils and place the calf sitting upright on its chest.

Furthermore, very weak, cold, wet or shivering calves should be dried off and placed under an infra-red lamp.

Antibiotic resistance and residues: Prevention is better than cure