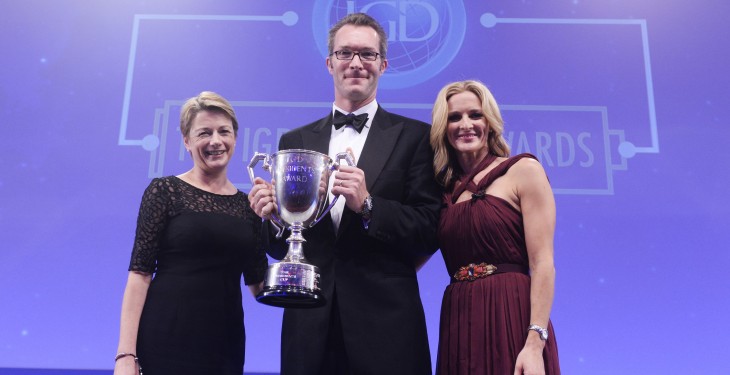 Coveney and Greencore were awarded the President’s Cup in recognition of the significant role both have played in helping IGD across its various groups and charitable activities, such as the Feeding Britain’s Future.

Feeding Britain’s Future is an industry-wide initiative, which this year provided free pre-employment workshops for unemployed young people at 1,200 locations across England, Scotland and Wales.

Commenting on the award Coveney said: “I’m absolutely delighted and also a bit surprised. I’m accepting this award on behalf of everyone at Greencore. It’s a business that has done a lot to give something back to communities we work in.”

Fiona Dawson, President, Mars Chocolate UK, and President, IGD, said: “I’m absolutely delighted to have the opportunity to recognise Patrick and Greencore with this award. Greencore has been active across many elements of the IGD helping to deliver public benefit across areas from sustainability and nutrition, to new technologies and employability.”