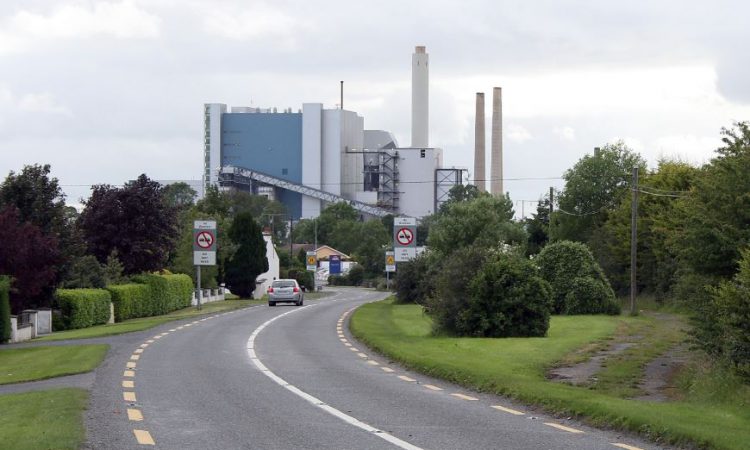 The potential of transforming the West Offaly and Lough Ree power plants into “an energy hub” is one of the key recommendations to emerge from the Just Transition commissioner’s first progress report.

Kieran Mulvey’s report – which has been published by the Department of Communications, Climate Action and the Environment – sets out a number of recommendations to guide the midlands’ response to the region’s accelerated exit from the peat industry – 15 years earlier than promised under Bord Na Móna’s initial decarbonisation plan in 2015.

As it stands, the ESB peat-fired power stations (supplied with peat from Bord na Móna) – in Shannonbridge, Co. Offaly and Lanesborough, Co. Longford – will officially shutdown at the end of 2020. Subsequent plans to demolish the plants at the end of the year were also previously confirmed. The closure of the peat industry for electricity generation is expected to impact on 4,000 jobs – both directly and indirectly – throughout the region.

However, Mulvey’s report – which makes a number of “practical” recommendations across a number of areas – now suggests that perhaps the infrastructure of the plants could be diversified towards an alternative use.

Some of the key recommendations of the report include:

To coincide with the publication of the report, Minister Bruton has launched the first call for proposals under the newly-opened €11 million Just Transition fund.

Some of the key priorities for the fund include the retraining of workers – many of whom have worked at Bord na Móna and ESB for generations. The proposals are aimed at generating sustainable employment in the so-called area of “green enterprise” in the region.

Stage one of accessing the fund is to register project details with the Midlands Regional Transition Team and START (Secretariat Technical Assistance to Regions in Transition).

The minister has asked that “urgent action” be taken on foot of the report’s publication. It is understood that a detailed implementation plan will now also be completed – facilitated by a working group chaired by the Department of the Taoiseach.

However, certain “high-priority measures” are due to be implemented before the completion of the implementation plan.

Meanwhile, the minister has also provided an update on progress made in other key areas of the Just Transition plan for the eight midlands counties.

The following updates have been supplied by the department:

As outlined earlier, the publication of the report’s recommendations comes at a very challenging time for peat industry workers in the region. Last April, Bord na Móna confirmed the temporary layoff of up to 230 employees from the semi-state company’s Energy Business Unit, due to the impact of the Covid-19 outbreak.

On top of this, Lough Ree power station temporarily ceased electricity generation on April 14 to ensure compliance with its environmental licence obligations. ESB said it continues to monitor the river conditions closely and said that the plant will return to service once it is appropriate.

Meanwhile, the situation has been further compounded and complicated by a recent High Court ruling that has impeded the company from progressing with its last peat harvest this summer – which is having a significant knock-on effect on the horticulture and turf-cutting sectors also.

Further developments on the company’s bid to secure planning permission to extract peat off its bogs – covering a landmass of over 30ha – are expected in the coming weeks.

Responding to the publication of the report, Minister Bruton said he is “acutely aware” of the impact the early exit from peat is having on workers, their families and on the midlands more broadly.

“Like many other businesses, Bord na Móna has also been severely impacted by the Covid-19 pandemic, which is compounding this impact.

Securing sustainable employment opportunities for the region and a Just Transition for those most severely affected must be at the heart of our response.

“The transition fund is opening, so we can get money to those who can make a big difference,” the minister said.

Kieran Mulvey – the former Labour Relations Commission CEO – was appointed to the role of Just Transition commissioner last November. He has engaged with those affected by the looming closure of the industry during the intervening months.

These stakeholders include: Bord na Móna and ESB; relevant trade unions and worker representatives; local community organisations; relevant structures already established, in particular the Regional Transition Team and the Regional Enterprise Plan Steering Committee; the Regional Skills Forum; local authorities, public representatives and relevant state departments and agencies; the National Economic and Social Council, which is currently undertaking actions on Just Transition as part of the Climate Action Plan and also as part of Future Jobs Ireland 2019; plus the EU platform for coal regions in transition.

Mulvey described the engagement to date as “very positive”, adding that “it is vital” now that the process can “move rapidly” to an implementation plan.

I have adopted a ‘whole of midlands’ strategic approach with what, I believe, are practical actions across counties to maximise their infrastructural, natural and human resources and building on their existing strengths.

“The first part of such a plan is to receive and evaluate employment projects in the midlands that have green enterprise and other employment/tourism potential.

“This period has to be used also to finalise the critical pathways for the retention of employment in BNM/ESB, give certainty around the future structure of the workforce and to establish further employment opportunities in the region.

“I look forward to continuing to work locally with all the parties involved to achieve and deliver solid and recognisable community gains and to promote the midlands and its potential,” Mulvey concluded. 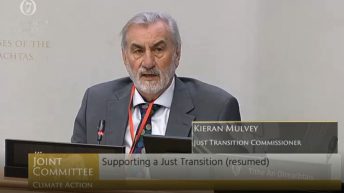