‘Grasping the nettle’ that is farm succession 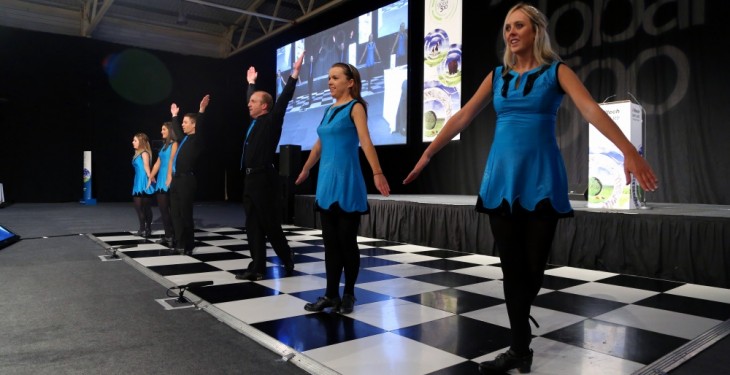 Alan Jagoe, from the European Council of Young Farmers (ECOYF), has told AgriLand that agriculture must grasp the nettle that is succession as a matter of priority.

“This trend must be reversed. Farming is looking towards a period of dramatic growth, as the industry gears up to feed the extra three billion people that will add to the world’s population over the next 35 years. Research has clearly shown that young farmers are 40 per cent more productive than their older counterparts. They are also more likely to implement new ideas and adopt the latest technologies.”

Jagoe made his comments while attending Alltech’s Global 500 event in Dublin yesterday.

“But there are extremely positive signs that the issue of succession is now being addressed in a proactive manner,” he further explained. “The new Common Agricultural Policy Reform package will provide meaningful support to young farmers. And this is extremely positive. But it’s important that individual EU member states add to the funding that will be available from Brussels.”

The ECOYF representative also indicated that steps must be taken to introduce an effective retirement scheme for farmers. “Teachers and gardai/policemen  can leave their own professions with dignity. So why should farmers not be given the same opportunity? Recent succession case studies have highlighted the absolute necessity of families talking openly about how best to address the challenge of succession.

“Good communication between all family members is essential,” Jagoe continued. “There must also be a commitment to give and take on all sides.  Anger is a totally negative emotion that serves no positive purpose. If problems do arise then the confidential advice of a trusted and independent mentor should be sought.”

In terms of arriving at a final solution, where succession is concerned, Global 500 delegates were told that a number of key requirements have been identified.

Parents should have an adequate retirement income. All children should be treated equally and the transition that is succession should be managed in ways that do not overburden the next generation coming through with unreasonable debt.

It is also critically important for farmers to make a will. And the earlier the better.