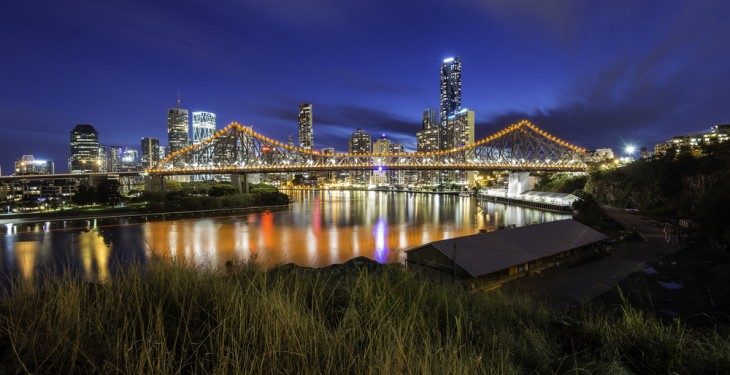 The View from Australia: The Swedish environmental engineer Edward Soméus invented in the early 1980s a CO2-free technology, abiding by the 3R principles: Recycle-Reduce-Reuse, to manufacture a natural fertiliser called biochar.

It is made from food grade animal bones stemming from the meat rendering industry. This so-called 3R biochar technology was subsequently developed and improved under the EU-funded project Protector that ran between 2005 and 2008. It is now successfully adapted to large-scale farms in Australia. Here, Edward Soméus tells AgriLand how he has further developed his technology and expanded the organic farming practice.

Where is the innovation in the 3R biochar technology?
The core element of this technology is a horizontally arranged new-generation pyrolysis method using a rotary kiln combined with advanced auxiliary designs. During the pyrolysis process, the organic material is decomposed at high temperatures, in the absence of oxygen. This original solution contains several innovative elements, which makes that all the input materials release “zero emissions” when they are recycled and converted into safe and added value products, such as biochar fertilisers and bioenergy.

Are you satisfied with the level of technology transfer since the completion of the project?
Yes. We are selling licences for the technology now. Our largest programme, which is in Australia and started one year ago, makes the full use of the technology developed under the project.

We are building biochar commercial establishments there and envisage to build the business to €75m in sales within the next five years. The basic investment tool recently created in Australia has five times the size of the EU-funded project, which was worth €2.7m. We plan to further enlarge this business in the coming years. The business in Europe is going well too, but is slower, due to the lasting economic crisis.

Who is using this technology?
The 3R biochar technology and the Animal Bone bioChar products have been developed for the interests and the benefits of the small and medium enterprises farmers. This technology is specifically designed for highly advanced economies. On the one hand, developing countries require very simple and cheap technology while, on the other hand, the climate and soil conditions are very different from those in the temperate climate zones.

Can the small farms afford this technology?
The technology: no. But the product: yes. The technology requires a minimum industrial scale. Without it, there is no economic viability. To make it work, one need land, utilities, infrastructures, laboratories, comprehensive permits, product certifications, producers responsibility insurance. Therefore, the buyers of our technology are the medium and large biochar producers.

To what extend can the technology improve the crops’ production?
One of our main objectives is the recovery of natural phosphate from food-grade animal bone. The farms going toward organic agriculture have not much choice in selecting the type of organic material they use to increase the soil quality. EU and Australian policy specify that all wasted organic material should be recycled, reduced and reused to improve the efficiency and food safety in agricultural production and to substitute the fertilisation based on agro-chemicals.

What is the situation in Europe regarding organic farming?
Certainly Scandinavian countries, Germany, the UK and the Netherlands are very progressive countries in this regard. Organic farming is often more expensive than intensive farming. Western European countries can afford to pay more for high-quality products, which is not the case in Central and Eastern European countries. However, our technology helps the farmers harvest more, which leads to a decrease of the production’s cost towards affordable food prices for the consumers.

Do you think that the product needs additional improvements?
One of the most important challenges is transferring the scientific improvements into the economy. There are many research groups worldwide, who perform fundamental research on biochar. But few of them focus on the product development and technological transfer in industry and on job creation. In many cases-not all-biochar has proven to be a good product.The challenge is to create adequate economic scenarios, so that people can effectively use it.

Is it any possible danger of spreading mad cow disease, should biochar be made from bones of sick cows?
There is no worry about this. The Animal Bone bioChar (ABC) is based on food grade bone input from pigs only. And our technology guarantees no organic left over. The manufacturing of the ABC biochar from food grade animal bones, at high temperatures, is recognised as being 100 per cent safe. The manufacturing of plant-based biochar is also produced through a high-tech method in order to remove potential contamination from polyaromaric hydrocarbons that are usually created when producing plant made biochar.