There will be a new hub at The Virginia Show in Cavan next year, in the form of €500k sparkling community centre.

It was approved recently for the maximum matching funding of €500,000 for the development of the centre under the Rural Development Programme 2007-2013 administered by Cavan-Monaghan Leader, the largest-ever award for the county. A turning-of-the-sod celebration’ took place last night.

Speaking to AgriLand, Virginia Show organiser Kathleen Duffy said it was “a fantastic and emotional night for all involved”.

“It is a combination of work for seven years. Tonight we have launched it off the ground. The building has started and we are getting the people in and we are trying to focus on the fundraising as well to get it together. It is a fantastic and emotional night for a number of us who have put an awful lot of effort into getting this far. It has to work and has to be used in the community so we are delighted to get to where it is today.”

Duffy outlined that a further €140k needs to be raised with the year and numerous community and corporate fundraising events are scheduled. She is also keen to point out the new facility will be for the entire community, from the very young to the old and will foster a new sense of place among the existing established community in the Virginia hinterland and the new residents in the area.

The group hope to have the majority of the work complete on the site before the end of year with a view to the facility being open in early 2014.  When complete the new community centre will include a large enclosed exhibition space, a community kitchen, dining hall, a craft/tourist shop and external space for farmer’s market’s, office accommodation, training/meeting rooms and computer facilities.

The Virginia Show Ltd is wholly owned by Virginia Show Society, which was established in 1941 and is made up of 200 members. The committee, which now spans in some cases three generations of the same family, has successfully run the Virginia Agricultural Show for 72 Years. If you want to know more about the activities of the Virginia Show Centre and their fundraising activities see its  website here.

A spokesman for Cavan-Monaghan Leader said the combination of the show committee’s dedication and foresight in preparing a detailed plan resulted in them in being approved for funding.

“The Cavan-Monaghan Leader committee were impressed by the foresight of the group to prepare a detailed business plan for the project that was based on thorough research conducted to establish the wider communities needs,” he said.

“We are delighted with this project, which will form a hub for community social, cultural, sporting and agricultural activities all under one roof. The show committee has the attributes and skills necessary to complete the build of the project, drawdown the funding, open and run this new facility, but they will need the continued support of you the community to ensure its success.” 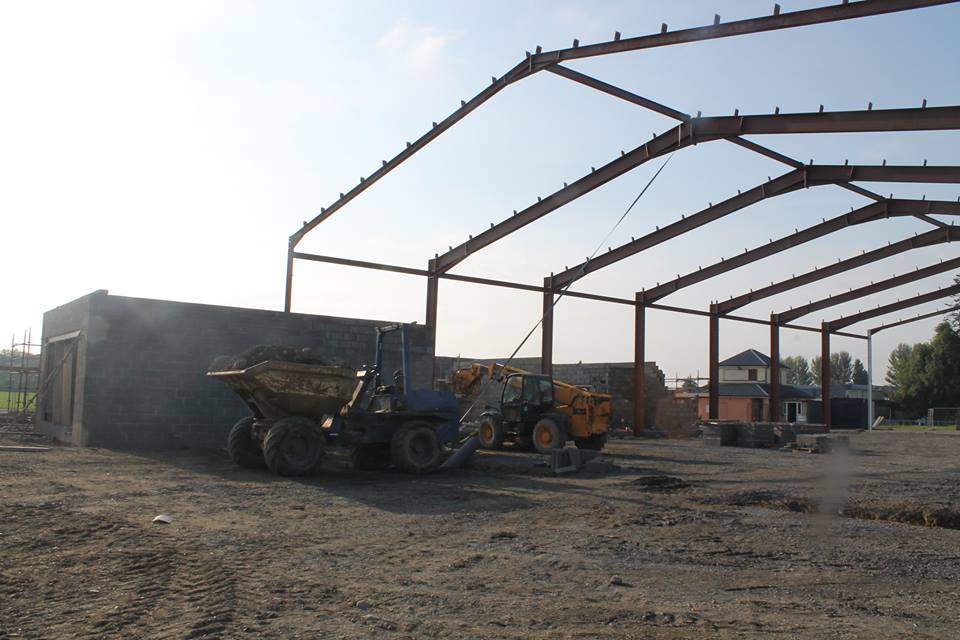 Main image The Diageo Baileys Irish Champion Cow 2013 with Minister Simon Coveney and Virginia Show organisers and judges earlier this year. Above: Construction on new community centre gets under way