The announcement of Dairygold’s increased cereal prices last week, has brought some positivity to the tillage sector.

While grain prices still need to rise in order to make tillage a viable sector, it is a step in the right direction.

This move by Dairygold puts pressure on other merchants to follow suit.

Cereal growers will still struggle this year, even with the increase in price. The base price for grain with a moisture content of 20% has increased, but farmers that are finished harvesting, or those still struggling to save crops, have moisture contents greater than 20%.

These crops may also have poorer quality grain. These two factors combined will lead to a lower price per tonne.

Yields varied through the harvest – early in the season winter barley crops were reported to range from 5.5t/ha (2.25t/ac) to over 10t/ha (4.05t/ac). Yields in other crops decreased as the harvest dragged on and crops fell to the ground.

Break-even grain yields for tillage farmers are detailed below. These figures are based on Teagasc’s ‘Crop Costs and Returns 2017’ and the prices announced by Dairygold last week.

The prices below exclude VAT and do not include the €5 bonus paid by Dairygold to farmers, who buy inputs from the co-op.

Other costs such as grass-weed control (i.e. glyphosate), lime and fixed costs such as hedge-cutting, electricity and phone bills are not included.

These figures are based on grain price alone and, while some farmers will be able to add the price of straw to their income, many others still have straw in rows in the field.

Straw costs and income from straw are not included in these calculations. Basic payment is also not included.

Working from the calculations above, grain farmers needed to produce 7.9t/ha (3.2t/ac) of winter barley to break-even this year – some winter barley crops yielded just over 5.6t/ha (2.25t/ac) and, therefore, the price paid to these farmers will not cover the cost of production.

The IFA’s (Irish Farmers’ Association) president, Joe Healy, has welcomed the increase in price from Dairygold.

“As one of the largest buyers and users of native grain in the country, Dairygold has moved away from the traditional methodology – setting the harvest price based on the lowest common denominator of imported feed grain and variable quality bi-products,” he said.

The Dairygold announcement comes at a critical juncture, as many growers are seriously questioning the long-term viability of tillage farming. We are entering the fifth consecutive season of low harvest prices.

The IFA’s national grain chairman, Liam Dunne, encouraged other merchants to follow the move made by Dairygold.

He said: “Other grain buyers should sit up and take note – unless they are prepared to work with their growers, to sustain them through difficult periods, tillage farming will disappear from vast areas of the country.

“Persistent low margins [negative margins in some years] have led to a significant swing away from cereal production over the last 10 years; with the area sown down by over 142,000ac – close to 20%,” he concluded. 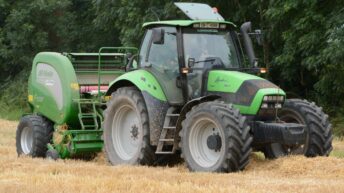