Straw, particularly in the west of Ireland, is in serious demand. 4X4 bales of barley straw are being delivered in the Galway/Roscommon area at prices of €30/bale; 4X4 bales of wheaten straw, transported to the same region, are making €23/bale.

In addition, bales from south Tipperary are being delivered to the counties of Clare and Kerry. Generally speaking, prices of €25/bale have been obtained for 4X4 bales of barley straw and €23-24/bale has been achieved for wheaten straw.

4X4 barley straw bales, out of the shed, in the north Kildare area are selling for approximately €23-24/bale. As always, wheaten straw is a little bit cheaper at approximately €20/bale. 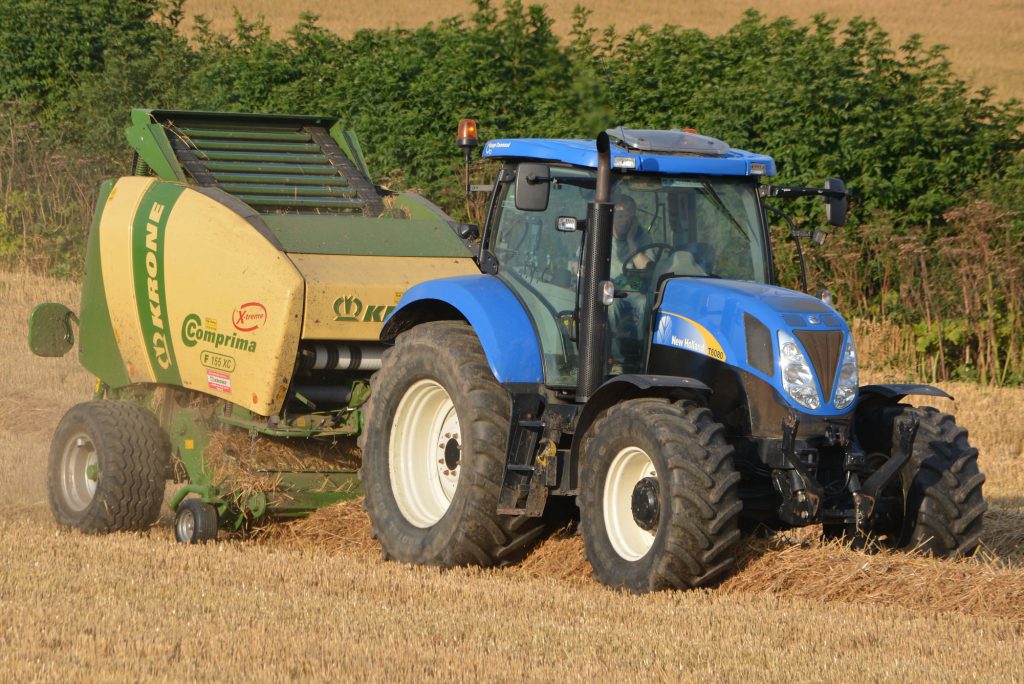 Looking at prices for Co. Laois and Co. Kildare, 4X4 round bales of barley straw are selling for approximately €20; big square bales (8X4X3) of barley and wheaten straw are making €55/bale and €45/bale respectively.

Moving over to the west of Ireland, there are reports of €59/bale being paid for big square bales. Galway IFA Grain Committee Chairperson, John Daly, said: “Straw is gold dust.

Daly told AgriLand that the harvest is almost finished in Co. Galway. Most farmers finished in the first few days of October, he said. There is still straw on the ground, but a lot of farmers got straw baled in those few days as well.

“Harvesting is mostly finished. There are pockets of barley and oats to cut; beans are the main crop still to be harvested.”

Conditions are proving more and more difficult to get the last of the harvest wrapped up.

August rainfall of 172.5mm (77.1mm above average) at Malin Head in Co. Donegal started a difficult harvest for tillage farmers; rainfall of 90.2mm in September has not helped conditions.