GM focus: What do we really know about GM? 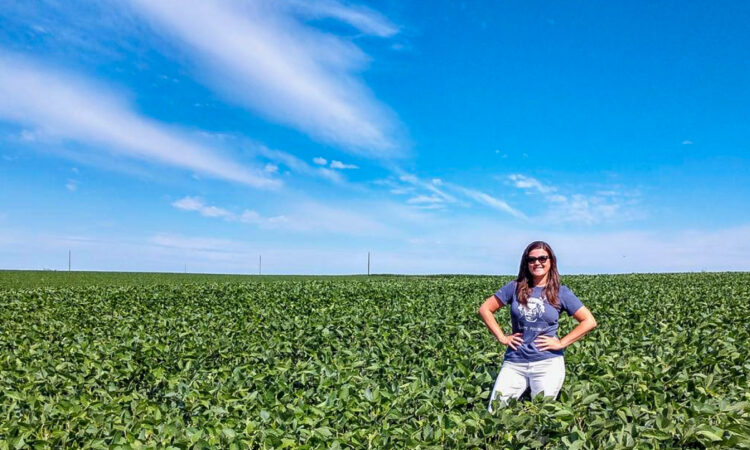 Michelle Miller was once an “anti” GM campaigner. A city girl who wanted organic vegetables to feed the world, but then she met a farmer and her perspective on the world’s food supply and the environment changed.

‘The Farm Babe’ – as she goes by on Twitter – is now on a mission to bridge the gap between the conventional farmer and consumers. She refers to herself as a “myth buster” who quashes “the myths” surrounding genetically modified and gene-edited crops.

A weekly columnist on agdaily.com, she has 90,000 followers on social media and was named as one of the most reputable voices in agriculture by Forbes.

“I was once an anti-GMO activist; I was once terrified of GMOs, biotechnology and food supply; before I came to the farm I was a big city girl,” Michelle explained when speaking at the recent IAPB (International Association for Plant Biotechnology) conference in the Convention Centre.

Michelle gave a simple explanation as to why she was, as she puts it, “that girl that was spending way too much money on groceries”.

When you live in Los Angeles and Chicago and you’re a city girl you don’t know a farmer; you don’t get to talk to farmers everyday.

“It can be really easy and confusing to fall down a tunnel of misinformation that’s filling you with these images of different food labels, activist groups or different movies that are playing a role in consumer perception.”

However, Michelle met a farmer – her partner Doug – and now farms with Doug in Iowa. This is how she became a “myth buster”.

Michelle began her social media platform to inform people about agriculture in a more interesting and fun way and to debunk some of the stories surrounding GMO crops.

“I think sometimes consumers get caught up in the terminology. They hear GMO and they think it’s some weird and creepy mutation they shouldn’t put in their body.”

Michelle explained how these crops can play a role in increasing food production by producing higher yields. She then noted that more crops could be produced from less land and with fewer inputs – less pesticides.

The world population is moving towards eight to nine billion people.

How are we going to feed nine billion people? By doing more with the land for crops and preserving our natural resources. Biotechnology can play a very important role in that.

She went on to describe that the crops produced can often be of higher quality. For example, less mycotoxins in corn and less insect damage, as well as reduced incidences of disease.

Michelle explained that through the use of GM crops and biotechnology on the farm the pesticide use has dramatically reduced.

Pre-biotech there were so many more chemicals – harsher chemicals.

‘The Farm Babe’ described how it was positive to see the use of different chemicals reduced. Insecticides were no longer required on corn and she described the herbicides now used on the BT corn as “safer herbicides”.

On the topic of spraying insecticides, it’s thanks to the BT trait that we no longer have to spray insecticides on our corn.

Farmers are able to be more sustainable, spend less money on chemicals and grow healthier crops on less land. There’s been a lot of benefits.

She dispelled the myth of crops being “drenched in toxins” by some anti-GM campaigners.

Michelle and Doug apply 22oz/ac of pesticides to their corn crops – that’s less than two beer cans on an area of land the size of a football pitch.

“We’re proud of what we grow – it’s our multi-generational family heritage. We would be proud to feed our children what we grow, so why would we do something that was requiring us to use more chemicals or that wasn’t safe? It doesn’t make a lot of sense.

“So, to be able to share these stories with the general public has been very important, as well as to be able to explain to consumers why we spray – when and how.

“The use of biotechnology has resulted in a mitigating effect on climate change. This is as a result of fewer herbicide and insecticide applications reducing fuel use, which – according to Michelle – equated to removing 11.9 million cars off the road for one year.

If 18 million farmers in 27 countries are planting biotech, we have to ask ourselves – why?

“I think if other methods were better we would all be doing them; but as of now this is what we have been seeing success in.”

She uses her own farm to help to explain how food is produced to those city residents that Michelle once was. She explained to the crowd how biotechnology has helped to be more environmentally friendly.

“We are very proud of some of the awards that we have earned on the farm. We’ve earned awards in our region for farmers of the year, as well as for soil and water conservation.

We’re always trying to be at the cutting edge of how to preserve the soil and our planet.

The farm has been using no-till for 20 years and also uses cover crops, crop rotation and soil testing to improve soil health, reduce soil erosion and improve biodiversity on the farm.

‘Why was I once the girl that feared food?’

Michelle described how 92-95% of farmers in the US now use BT (biotech) sugar beet. She described how the benefits of BT and GM were very obvious in the scientific community.

So, who is out there sharing this information that it’s bad? Why was I once the girl that feared her food?

“The vast majority of GMOs are commodities like what we grow – corn and soybean. A lot of our crops go to livestock feed, ethanol, raw materials or global export. It’s not the type of stuff you would really be buying on the shelf like you would lettuce or tomatoes.

You’re looking mostly at canola, soybeans, cotton – more of your commodity crops – and then a small percentage of your potato, apple and papaya.

“Are there more GMO crops coming? Yes, and that’s wonderful. Now we just need to take what the scientists are doing and make that mainstream, fun, exciting and celebrated, because we all care about the planet.

What is this influence and where is it coming from?

“I hate to say it, but it’s really a matter of follow the money. I think for us in agriculture there’s a mutual respect. If you grow GMOs, non-GMOs or organic, all farmers have the right to choose, but you have to look at the money trail behind the GMO movement.

“Food labels worth nearly $85 billion; they’re spending billions of dollars a year, leading with fear against biotechnology to push a product.

“There’s nothing wrong with organic farming if that’s the way someone wants to go about it, but there is something wrong with using fearmongering through these different activist groups to push an agenda and use fear.

“We all care about the planet, but unfortunately there’s people that are changing that narrative. We really need to change this narrative and take that message back.

“Fear is easy; science is hard, but people like science once they get to know it and once they’re more comfortable with it.” 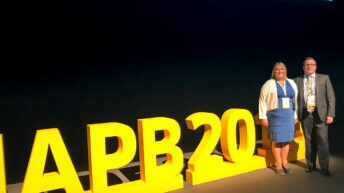