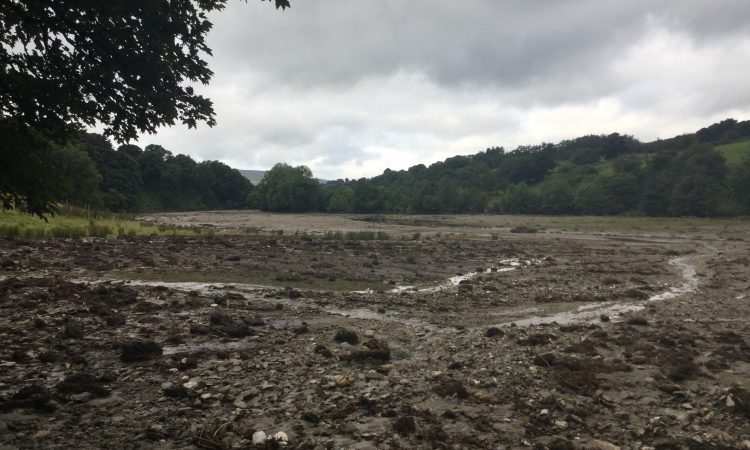 Tyrone farmers whose businesses were devastated by flash flooding three years ago say they feel “let down” by empty promises for remuneration for the tens of thousands of pounds spent on repairs.

Sheep farmer Damian Carolan from Cranagh, Co. Tyrone, said it had cost him the guts of £10,000 to repair damage to his land as many other farmers had also spent thousands.

“The likes of myself – I had a 10ac holme [field running along the river] and from the top to the bottom there was between 2ft and 6ft of debris the whole length of it,” Carolan said.

Photographs above show the scale of the damage to Carolan’s farm.

I had to hire in a bulldozer at £60/hour and it was here for a week working solidly. Then there was the cost of ploughing and reseeding. In total, it left me out just under £10,000.

“We met with DAERA officials several times. The first time, we were told we were entitled to compensation and it was only a case of it being signed off once a minister was in place, but that hasn’t happened.

‘We’re as much value for money as the Primark fire’

“The next time [we met], the story changed – we were told the department did not see us as ‘value for money’.

We told them we are as much ‘value for money’ as the businesses affected by the Primark fire in Belfast.

“It goes out of sight and out of mind, but that doesn’t make it right.

“We’re not asking for anything extraordinary – only what we should be entitled to.”

Business affected by the Primark fire in 2018 were able to apply for up to £19,000 to help them recover.

Some shops were forced to close for several months after a main thoroughfare of the city centre had to be cordoned off while work was carried out to save the remains of the listed building.

“It’s three years since the devastating floods and landslides in the Glenelly and Lone Valley and surrounding areas.

“These small farmers have been left with no support simply because there was no government at the time. I would appeal to our Minister and Agriculture chair to sort this out,” Chestnutt said.

‘A balanced decision in due course’

In a statement issued to AgriLand this week, Minister Poots added: “DAERA recognises the challenges faced by farmers at the time of the flooding in August 2017.

“A range of support measures continue to be provided in the area by DAERA and other organisations.

DAERA provided £500,000 to the Loughs Agency to enable remedial work to be undertaken in the areas worst affected by the 2017 flooding incident.

“To-date, 28km of riparian fencing has been erected along the Owenkillew and Glenelly rivers and further riverbank stabilisation works are planned in the coming months.

“My strong focus since the start of the Covid-19 pandemic has been to help address the impacts on the farming industry.

“I will continue to give all the relevant issues surrounding the matter of the 2017 flooding careful consideration before reaching a balanced decision in due course.”

West Tyrone MLA Declan McAleer, who chairs the Assembly’s Agriculture Committee, said he supported farmers in their plight for support.

“The floods and landslides caused devastation on an unprecedented scale. As such, DAERA knows the sheer extent of the damage and what it will take to compensate those affected.

“At this stage, three years later, it is important that the minister moves to support these farmers without any further unnecessary delay,” he said. 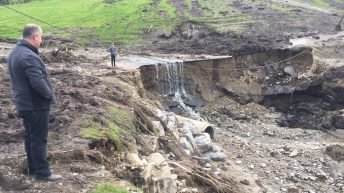