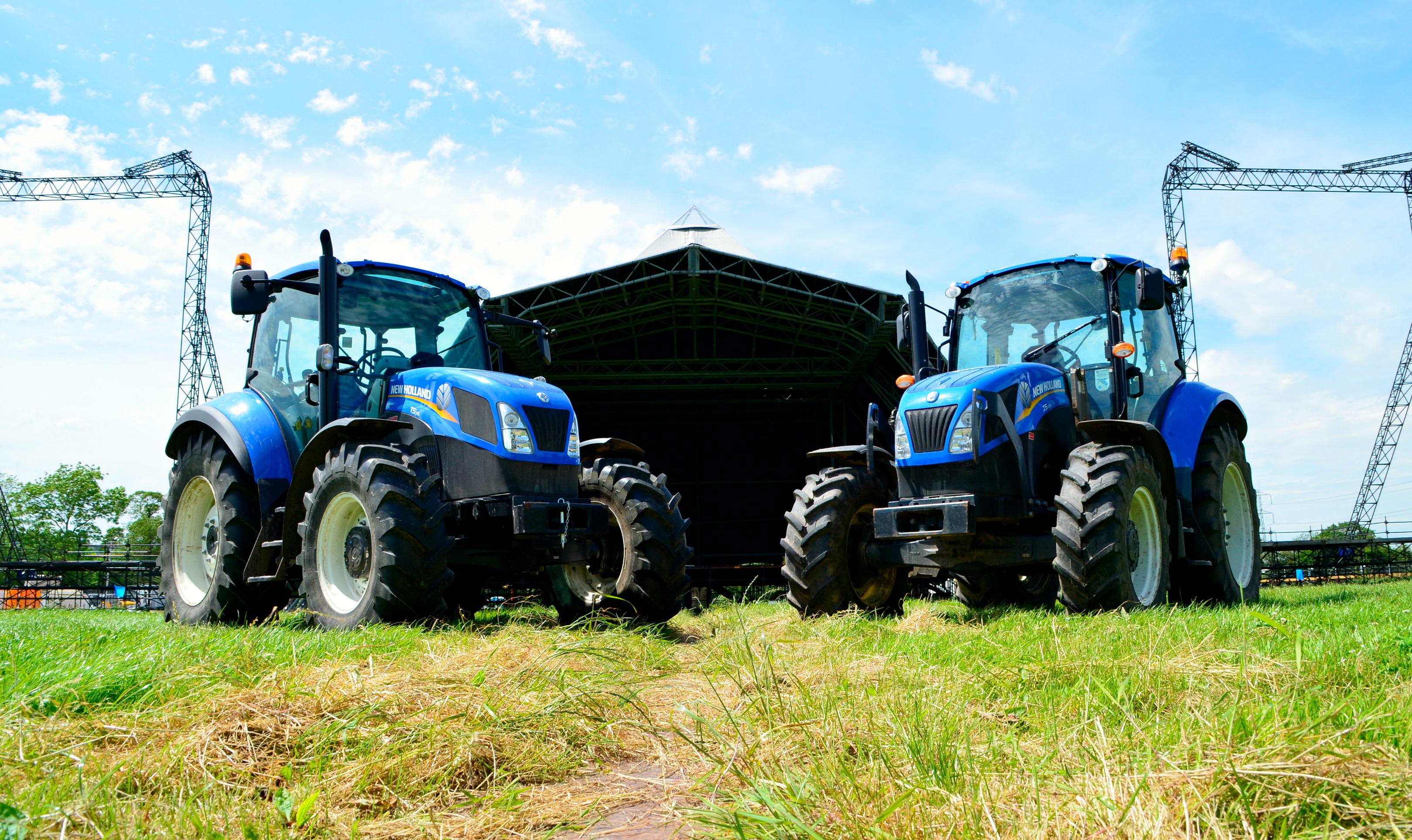 New Holland tractors lined up at Glastonbury, before the mud.

The rhythm of blue New Holland tractor engines helped to kick start Glastonbury this year as a fleet was put into action setting up the world famous music festival.

A set of eight machines were hired over 12 weeks from New Holland dealership T.H. White for Worthy Farm, the working Somerset dairy farm, owned by Michael Eavis, which hosts the huge event annually.

The extra tractors join Mr Eavis’s own New Holland machines at festival time every year to ferry around the infrastructure of the mini-town that springs up to hosts global music names and around 200,000 visitors.

The hire fleet from T.H. White was driven down in convoy from the dealership’s depot in Frome. They comprised eight tractors from the T5 range: seven T5.105s and one T5.115.

But, this year, Mr Eavis also took collection of five fresh New Holland tractors he bought from T.H. White both for the dairy operation and the annual music festival.

Three are T7.235s fitted with the Auto Command continuously variable transmission which gives an infinite choice of speeds. One of them has also been fitted with New Holland’s Precision Land Management satellite navigation system specifically for the post-festival job of trawling the entire site with a magnet to pick up left-over metal such as tent pegs. PLM lets the tractor drive itself, covering the ground far more efficiently.

The other two New Holland tractors are a T6.160, also with Auto Command, and a 3040 Boomer utility tractor.

Ben Wilcox, Sales Representative at New Holland dealership T.H. White, said: “It’s great to be involved in the event and it’s been a really good partnership over the years between T.H. White, New Holland and Michael Eavis.”

“Every year there are always challenges that the blue tractors have to overcome but their technology and reliability gets them through it and helps to set up an unforgettable weekend for thousands of music fans.”