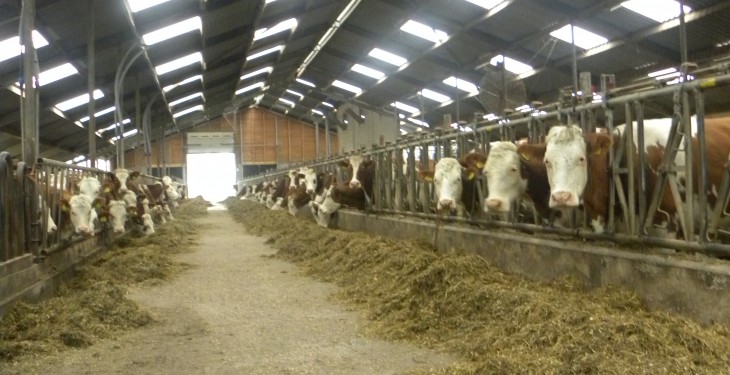 According to latest statistics German cow numbers have risen 2.1% in May, compared to the same month in 2013.

DairyCo Germany says  the EU’s largest milk producing and exporting country has also shown further consolidation of its dairy industry over the past year.

DairyCo comments that cow numbers in the country were historically in decline as increasing yields sustained milk production, however a reversal of this trend has been observed over the last three years.

The latest figures suggest that German dairy farmers are undeterred by the prospect of overshooting milk quota and are building up dairy cattle numbers ahead of their removal in 2015.

This comes just after new results showed that the cost of production in Germany in January 2014 amounted to 45.16 ct/kg. With a milk price of 41.46 ct/kg, these new results reveal a shortfall of about 4c/L.

Costs are particularly high in the South Region (Saarland, Bavaria, Baden-Württemberg, Rhineland-Palatinate, Hesse), with 50.20 ct/kg. For the East Region (Thuringia, Saxony, Saxony-Anhalt, Brandenburg, Mecklenburg-Vorpommern) the study commissioned by both the European Milk Board (EMB) and the MEG Milch Board reveals a cost of 43.26 ct/kg. In the North (North Rhine-Westphalia, Lower Saxony, Schleswig-Holstein) milk production costs in January 2014 amounted to 39.98 ct/kg milk.