Minister says no evidence of price fixing in the beef industry 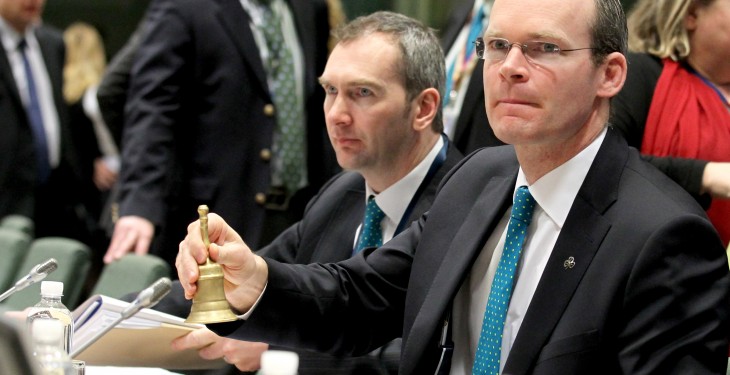 There is no evidence of price fixing in the beef industry, according to the Minister for Agriculture, Food and the Marine Simon Coveney, who was responding to a parliamentary question on price fixing this week.

“With regard to any suspected manipulation of the market, I would ask the Deputy to bring forward any information or evidence he has in this regard to the Competition Authority of Ireland, which has the power to investigate such matters,” the Minister said.

Deputy Durkan also asked Minister Coveney for the total number of beef processors currently slaughtering animals throughout the country, where one or more of such processors have an interest, controlling or otherwise, in more than one slaughtering or processing operation.

The Minister outlined that there are currently there are 32 beef slaughtering plants approved to export from Ireland to local, EU and third country markets, and over 195 local authority businesses approved plants that may export locally or to the EU.

“The ownership of beef processing plants is a commercial matter for individuals or companies who wish to invest in the industry. As the deputy is aware there are companies that operate multiple plants in Ireland, and I as Minister do not have any legislative power to curtail this nor would I seek to do so as there is a free single market in place throughout the EU.”

However, he added: “There are safeguards in place to ensure that there are no monopoly positions amongst the ownership of the plants and these are enforced by the Competition Authority. The Authority is an independent statutory body that enforces Irish and European competition law in Ireland. Its mission is ‘to ensure that markets work well for Irish consumers, business and the economy’.

“It does this by taking action against anti-competitive practices (e.g. price-fixing) and by blocking anti-competitive business mergers. It also has a role in promoting competition in the economy by identifying legislative restrictions on competition, advising the Government on the implications for competition of proposed legislation, and by providing general information about competition issues.”