Gearing up for another season: Check out this new folding silage fork… 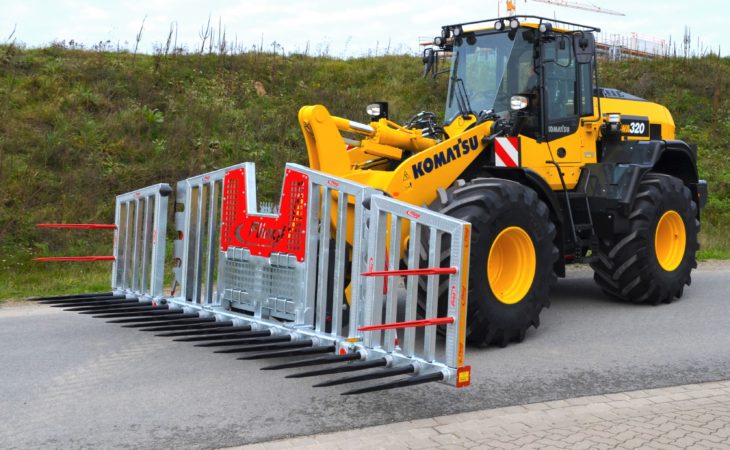 This eye-catching folding silage fork (pictured above) is from Fliegl; it’s pictured here on a latest-generation Komatsu WA320-8 wheel loader (a machine that has just landed in Ireland).

Fliegl is a German manufacturer – most notable in recent times (in farming circles) for its unique Buffel (or Buffalo) ‘unload-on the-move’ silage wagon.

The company is probably best known here in Ireland for its own range of trailers (both commercial and agricultural) and slurry tankers, but also sells attachments such as buckets, grabs and bale handlers in Germany.

Will this Fliegl-badged folding fork be a tempting proposition for Irish silage contractors?

It must compete against home-grown firms like O’Connor Engineering (OCE) – a Limerick-based entity.

The Komatsu loader (pictured above; see featured image) to which the Fliegl fork is attached is also noteworthy. According to distributor McHale Plant Sales, the WA320-8 is now available with a special agriculture/silage specification.

It says that “a number of deals are already in place, ahead of the first cut of the season”. The WA320-8 has an operating weight of 16.225t.

Standard features include: a “wide-core” radiator with an automatic reverse cycle; limited slip differentials (in each axle); ‘smooth-ride’ boom suspension; an auto-lube system; and front and rear Xenon lights.

In other ‘Irish’ Komatsu news (though decidedly non agricultural), the company recently delivered one of Ireland’s biggest loading shovels (wheel loaders) to Irish Cement in Limerick. 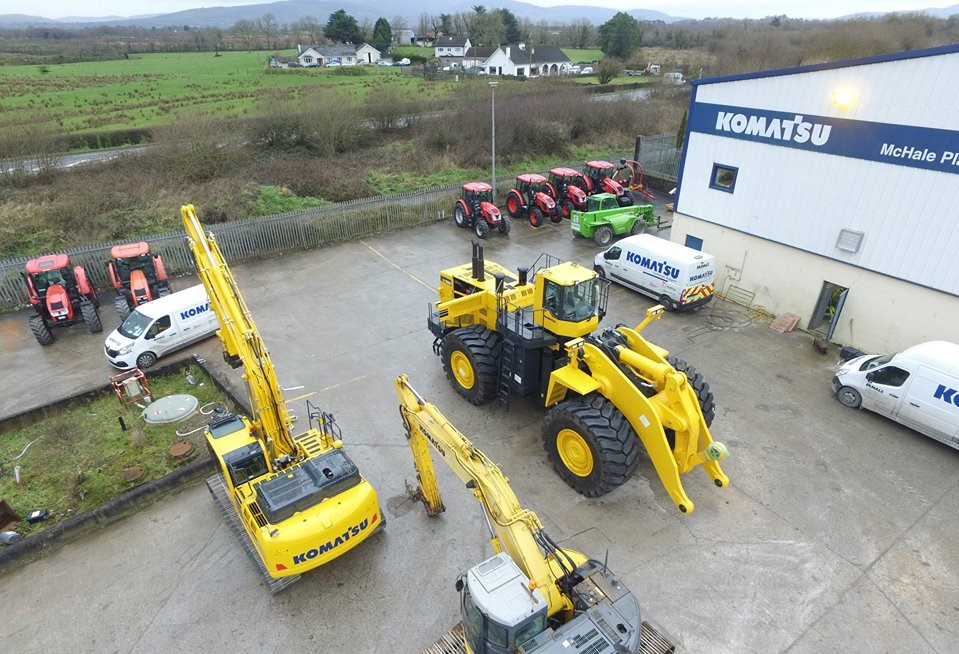 It took five truck loads to get the machine – a WA800-3 – to McHale Plant Sales’ Birdhill depot (pictured above). Once there, the machine was assembled – for onward delivery to Irish Cement. 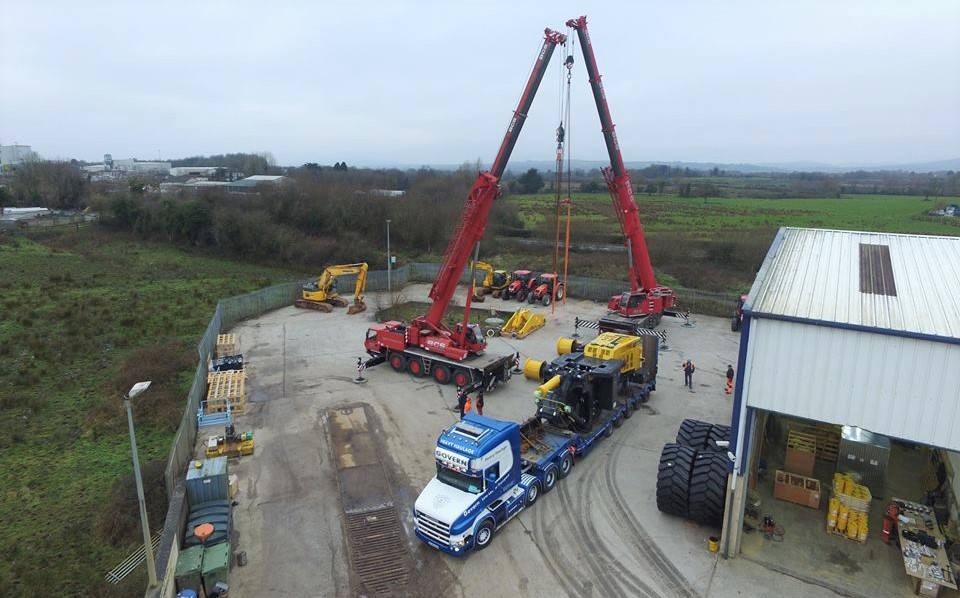 At Birdhill, a team of mechanics attached the axles and cab – and then fitted the tyres. Then, all fluids were filled and the machine was readied for inspection and testing.

Once assembled, the machine stood 5.275m high; it weighs a very considerable 103t. It’s home to a 12-cylinder Komatsu engine – rated at a hefty 853hp. 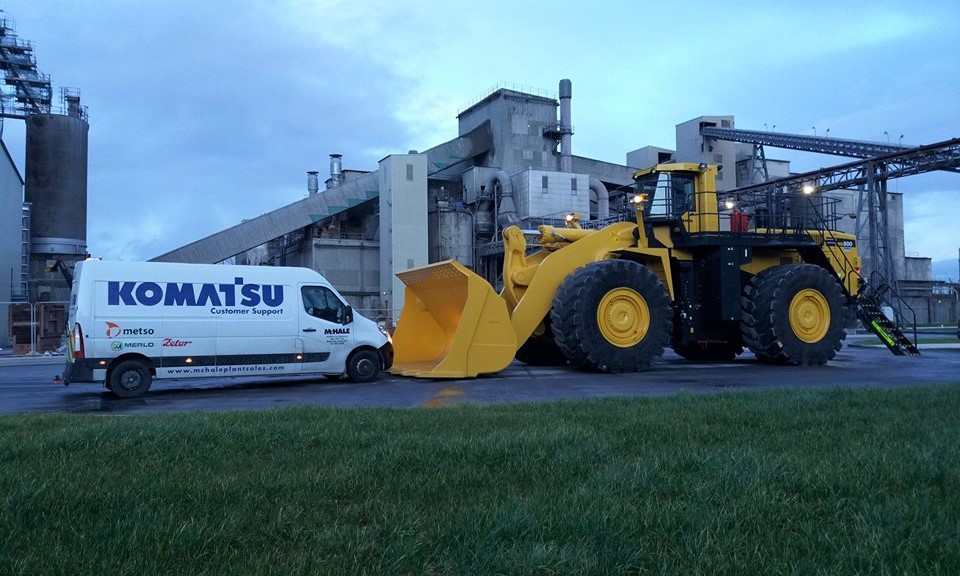 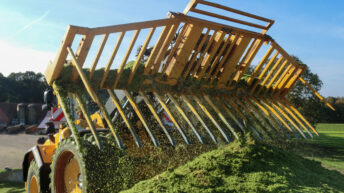