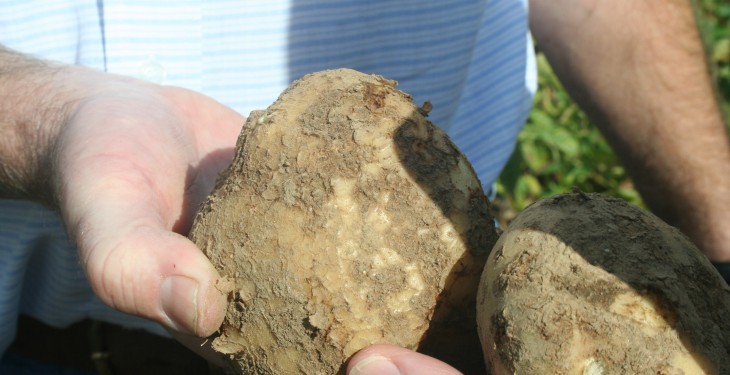 A lack of understanding about the potato is damaging sales in Ireland, according to Bord Bia. Director of Horticulture Mike Neary told Agriland that “The potato sector is the most important sector of horticulture in Ireland, but we are not eating as many potatoes as we use to”.

Potatoes are commonly misconceived to be fattening and high in carbohydrates, but in a new initiative from Bord Bia in the lead up to National Potato Day on 23 August, it is trying to correct this common misconception. The average potato contains only 0.1g of fat and 16g of carbohydrate, making it a healthier option than pasta.

Ireland consumed 175,000 tonnes of potatoes last year, making us one of the highest consumers in Europe, but market research carried out by Bord Bia showed a decrease in consumption in 22 to 44 year olds, now only consuming potatoes two to three times per week.

Neary said Bord Bia aim is to “show these consumers the more exotic side of the potato and to teach people they can use it in ethnic foods”.

Lorcan Bourke, sector manager for potato and vegetables at Bord Bia, told Agriland that misconceptions about the potatoes appearance are also affecting sales in Ireland.

Speaking at an open day at Brady’s potato farm in Kilcoole Co Wicklow, Bourke highlighted cosmetic issues with potatoes, such as scabbing, where scab-like lesions appear on the surface of the potato. “Due to the dryness this season there will be a problem with scabbing on potatoes, but this not does not affect the flavour or quality of the potato.”

Potato farmer John Brady also highlighted issues surrounding dirt on potatoes, warning of consumers “dumbed down selection of potatoes”. “New season potatoes cannot be washed, otherwise they will go green within hours. Consumers are put off by the dirt and buy washed roosters instead.” he said. “I feel people are missing out on a quality potato.”