Gales and rain on the way as unsettled conditions continue 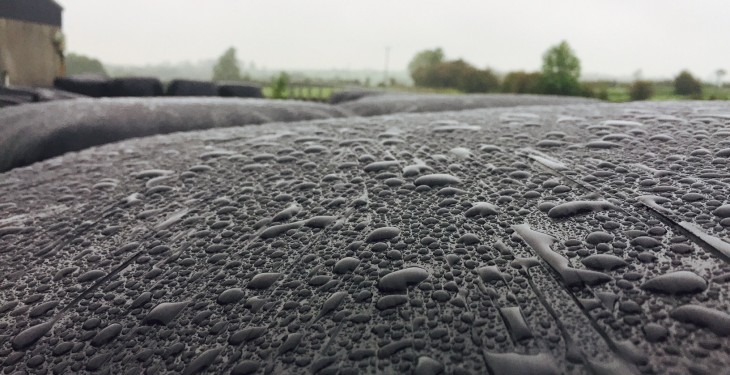 An unsettled few days are in store this week, with showers and potentially disruptive winds on the way, according to Met Eireann.

Many places are dry and bright at first this morning, although a few residual showers, some wintry, will continue to affect parts of the west and north.

Frost and icy patches will gradually clear, as cloud thickens from the Atlantic, with rain spreading from the west through the later afternoon and evening in strengthening southerly winds. Afternoon highs will reach 6° to 10°.

There will be heavy rain with a risk of spot flooding and strong winds at first tonight, which will gradually give way to showers overnight, some heavy with a risk of hail and thunder.

Strong and gusty southerly winds will veer south-west with the passage of the rain and moderate. It will be mild for a time tonight but temperatures will fall to between 1° and 4° around dawn.

Regarding field conditions, most soils are currently saturated and poorly drained soils are waterlogged.

There will be little change in the coming week, according to Met Eireann.

Rain in the south and east will clear tomorrow morning with sunny spells and scattered showers following from the west and north.

Some of the showers will be heavy with a risk of hail and thunder, and they will merge to longer spells of rain in the north and north-west during the afternoon.

With afternoon highs of 5° to 8°, it will become increasingly windy through tomorrow with southwesterly winds veering westerly and increasing strong to gale force and gusty by the late afternoon, with strong gale to storm-force winds developing in the coastal fringes of Connacht and west Ulster.

Advertisement
Westerly winds will further increase tomorrow evening and night with potentially damaging gusts in parts of the west and north-west.

The winds will veer northwesterly overnight, maintaining their strength for a time, before abating somewhat.

Showers or longer spells of rain will continue with an ongoing risk of hail and thunder, especially in Ulster and north Leinster, although it will be generally drier in the south and southwest. Lows will drop to 3° to 6°, according to Met Eireann.

A very windy and blustery start to the day is expected on Wednesday in fresh to strong and gusty northwesterly winds with gales in coastal regions only slowly easing.

Showers will gradually ease through the morning, becoming confined to north-east Ulster in the afternoon. A spell of rain will push in from the Atlantic to affect western and northwestern counties later in the day.

Rain will spread southeastwards over the country on Wednesday night with some heavy bursts, especially in Atlantic coastal counties, the forecaster says.

Minimum temperatures will stay at 5° to 7°.

Current indications point to a wet day for many on Thursday, with widespread outbreaks of rain.

A clearance may develop over more northern counties during the afternoon, but the rain looks likely to continue further south.

Afternoon highs will range from 9° to 13°, north to south, in gusty westerly winds. Further spells of rain look likely to affect most parts of the country on Thursday night with moderate to fresh and gusty southwesterly winds. Minimum temperatures of 4° to 8° are expected.