Rated power output is 50kW (68hp). The tractor runs off an 80kWh lithium-ion battery. It can apparently run for up to five hours on a single charge (depending on the nature of the work it’s doing). 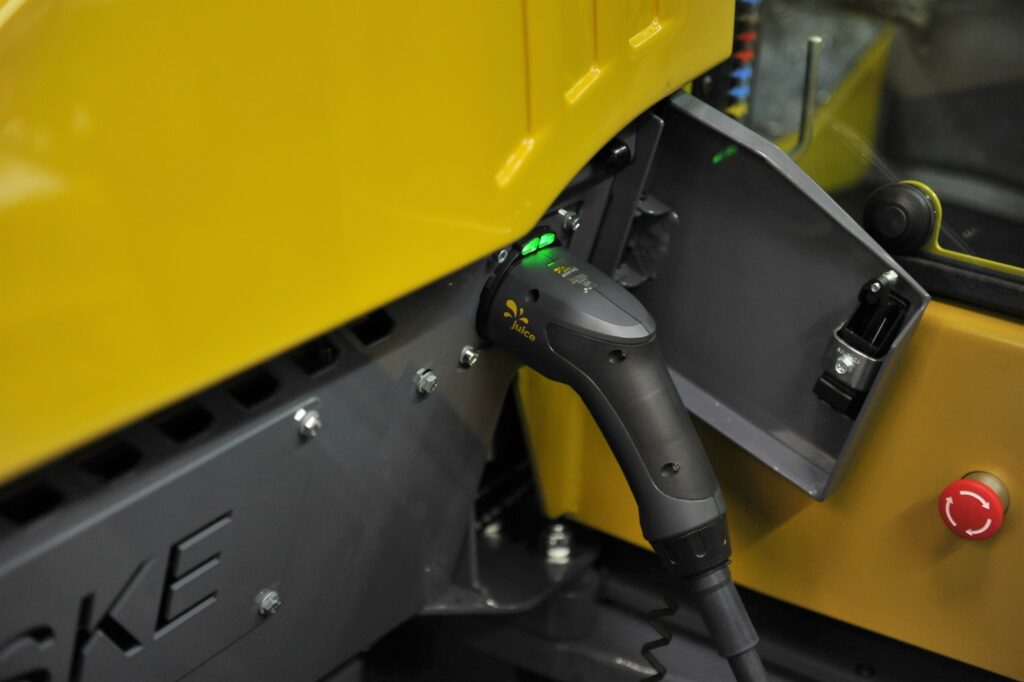 According to Czech outlet Agroportal24h, the tractor has five electric motors. Each PTO (front and rear) and axle has its own dedicated motor. The fifth motor powers the hydraulic system.

In addition, the tractor has a regenerative braking system; it helps to replenish the battery. Top (travel) speed is 40kph.

This year, the tractor will reportedly undergo evaluation. Likely applications will include tasks on small farms and in urban environments.

Who or what is Rigitrac?

This Swiss engineering entity was founded by Sepp Knusel, who grew up on a farm with his seven siblings.

For many years, apparently, he nurtured the ambition to build his own tractor. He developed a prototype, which was unveiled to the public in 2003. The ‘Rigitrac‘ brand-name was born. 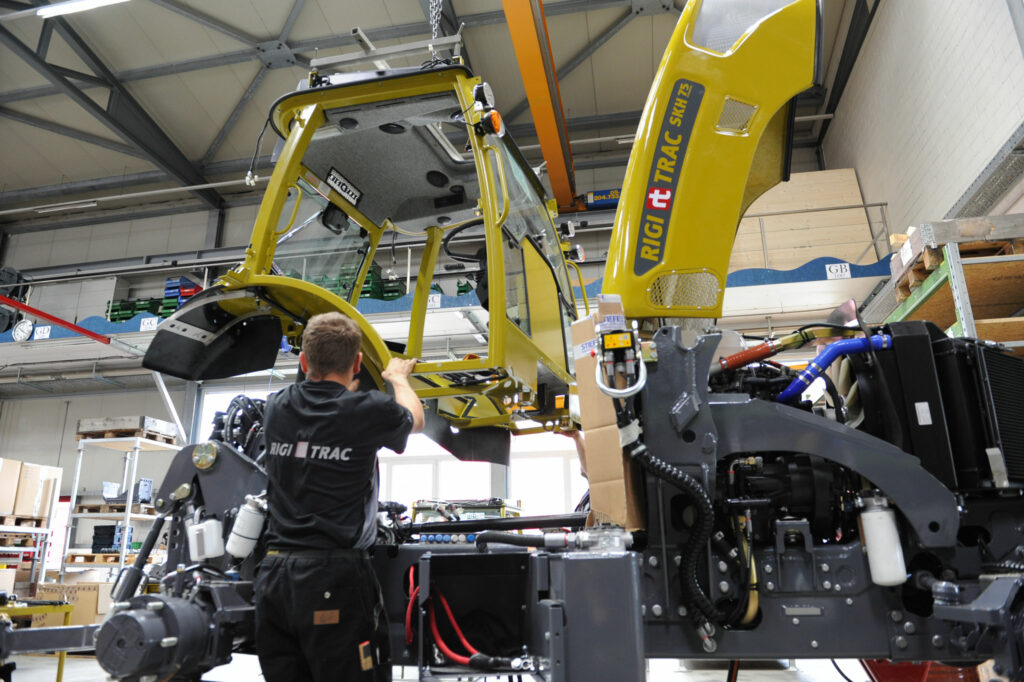 By 2008, production of the (Sisu-powered) 90hp Rigitrac SKH 90 had started. This model won numerous awards.

Fast forward then to 2017, when the company launched the 160hp Rigitrac SKH 150 (pictured below) – first shown publicly in October of that year. 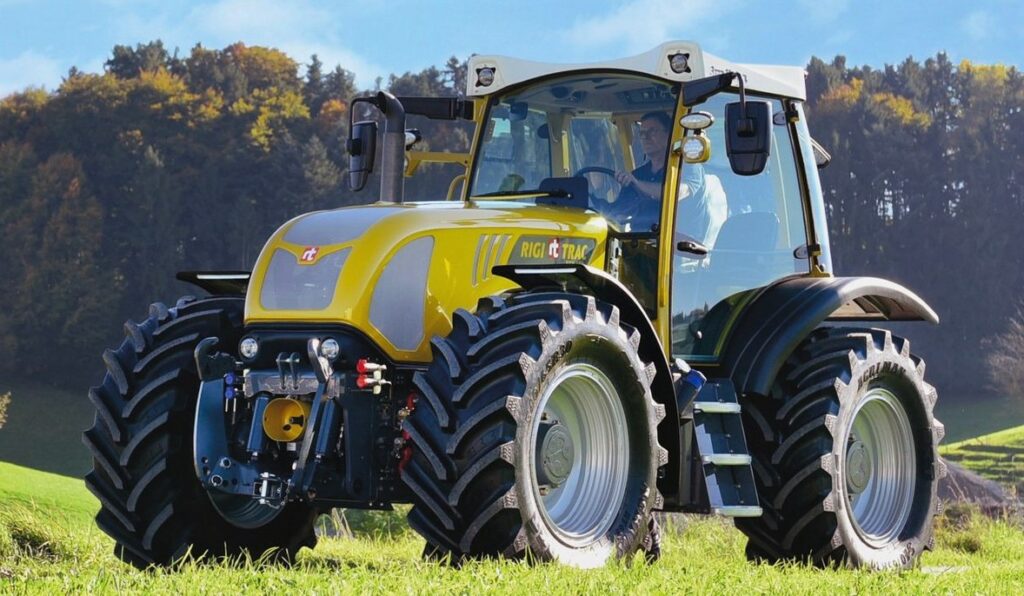 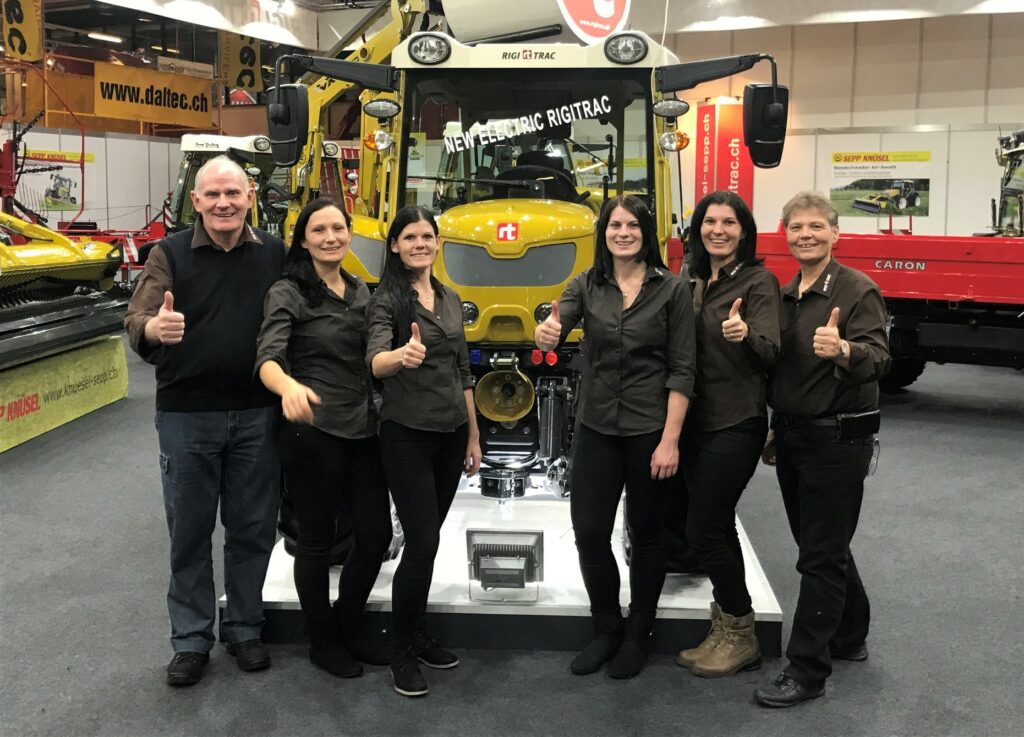 Sepp (left) and Marlis (right) Knusel, pictured with their four daughters who all work at ‘Sepp Knusel’ and Rigitrac