The season is intended to last for 28 weeks and since January of this year, the rate of allowance is €24.50 per week, or €686 annually.

The allowance is paid with the applicant’s primary social welfare payment.

According to the Department of Employment Affairs and Social Protection, the aim of the scheme is to “assist qualified households in receipt of certain social welfare payments with their heating costs”.

The department adds that the allowance represents a contribution towards a person’s normal heating expense – it is not intended to meet those costs in full.

Speaking about the announcement of the scheme, Eoin Clarke, chief executive of Switcher.ie said:

“For thousands of people across Ireland the fuel allowance is a lifeline, offering stability through the winter months and the knowledge they’ll be able to at least heat their homes at a time when staying home as much as possible is the ‘new normal’.

The worry this year is that not everyone who needs it will be eligible for the winter fuel allowance. Those who’ve only recently lost their jobs are likely to simply not quite fit the criteria leaving them without support.

“The government needs to make sure that no family is living without heating, especially as we face such an uncertain winter.”

‘Ensure no more households are pushed into fuel poverty’

This comes after a number of charities and organisations have, in recent weeks, called on the government to make tackling fuel poverty, in rural areas especially, a priority of Budget 2021.

Age Action Ireland said in its pre-budget submission that the principles of climate justice “focus on sharing the benefits and burdens of climate change equitably and safeguarding the rights of the most vulnerable”.

Older people are particularly vulnerable to increasing costs of living associated with climate action. Because most are on a fixed income, for many older people rising prices for energy, transport, and heating fuel will translate directly into isolation, health issues resulting from lack of heating, compromises on other essential goods such as food, and reduced quality of life.

Irish Rural Link, the national network which aims to represent the interests of rural communities, is calling for a ‘just transition’ approach to decarbonising the country to “ensure that no more households are pushed into fuel and energy poverty and those who are already experiencing or at risk of fuel poverty are lifted out of it”.

“While some of the measures currently in place such as increasing fuel allowance and warmer homes grants may compensate the increase in fuel, the fact remains that these households still need to heat their homes with fossil fuels and/or home heating oil.

“We are therefore calling on the establishment of a fund based on grants and low or no interest loans designed to assist all households who wish to convert their homes to sustainable heating systems.” 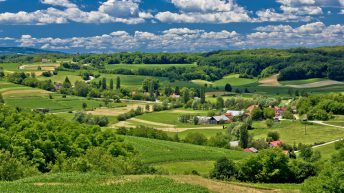