“There is a fodder crisis and an urgent response is needed from the Minister for Agriculture.” That was the most important message coming from the Irish Natura and Hill Farmers Association’s (INHFA’s) rally on Friday (December 1).

Several hundred farmers gathered in Co. Sligo. The number of farmers in attendance highlighted the seriousness of the situation. The vast majority of those in attendance were experiencing some form of fodder shortage and their slurry tanks will be full very soon. 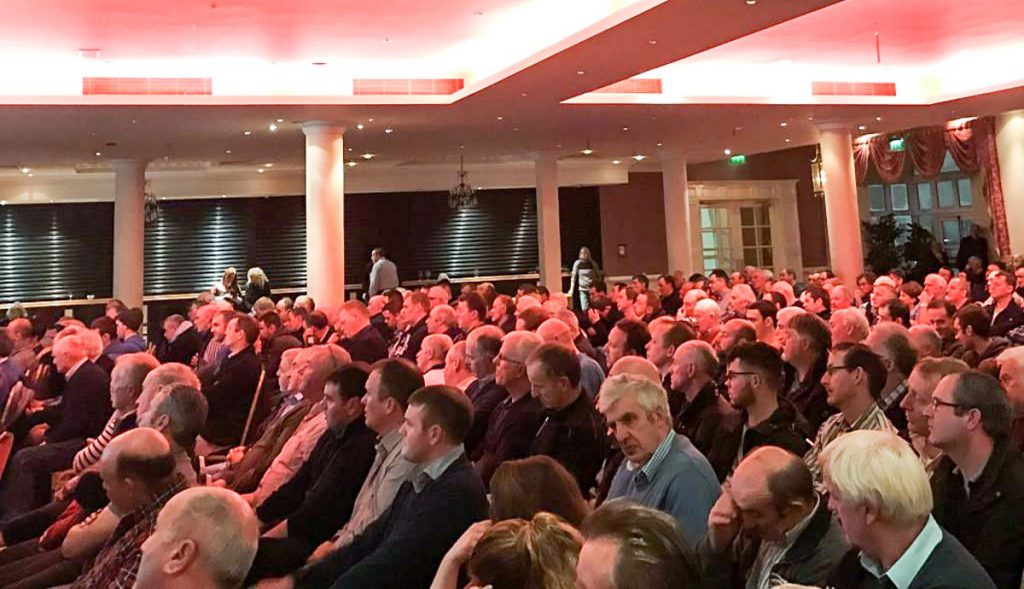 Some of the attendance at the INHFA rally last week

The large number of farmers rallied together to make the government realise that there is a fodder shortage.

But, maybe more importantly, these farmers had the opportunity to meet others in the same position and many farmers expressed concerns for their own mental health and the mental health of others.

AgriLand spoke to a number of farmers at the rally to get an idea of the situation.

James Breslin has 20 suckler cows, but sheep are his main farming enterprise.

“I have very little fodder. I normally buy in my fodder because my land is not suitable for producing enough and I use my land to graze my stock. In other years, I’ve bought in fodder; but this year it’s double or more than double the price.

I had stock out for less than four months this summer – from the middle of May to September.

When asked about what silage he did make Breslin explained: “Very little, my land isn’t capable of producing silage.

“What I kept for silage, I more or less had to destroy because most of it was already destroyed with the flood. My land was flooded and fences were washed away.

“As was said in the meeting, we’ve as of yet had no conversation from anybody. There is definitely a serious fodder crisis.

“Straw is nearly impossible to get and I have very little. Silage is anything from €30-40/bale. It’s poor-quality silage, where you would normally get good silage. I’m feeding a lot of concentrates, because I can’t get value for money in silage.” 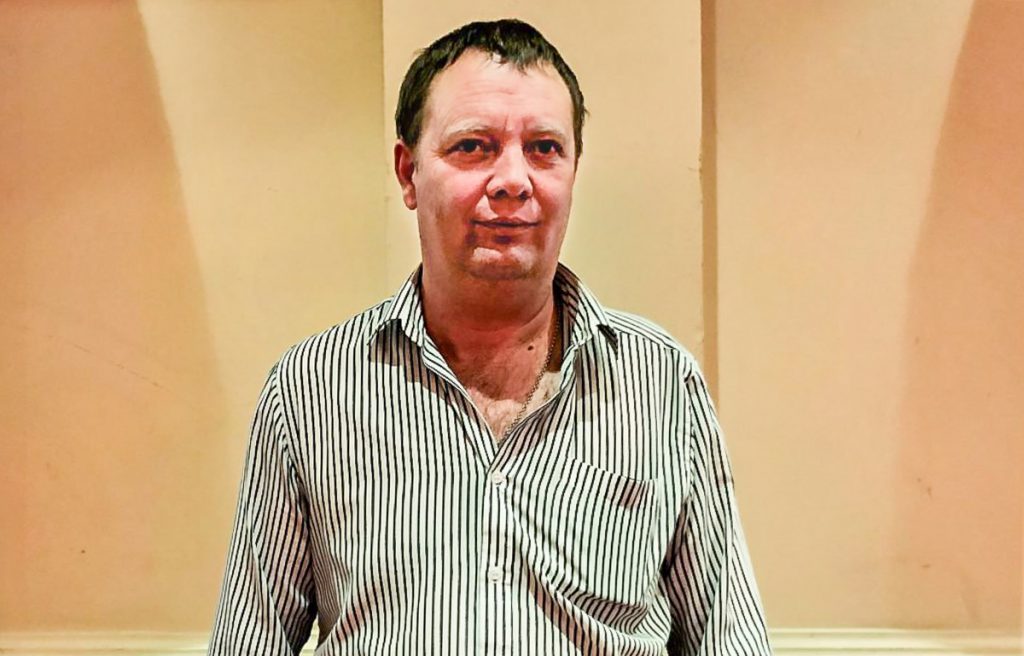 Slurry storage is going to be a big problem, as animals have been in for longer than usual, he added.

“I was lucky. I had old sheep tanks and I moved my slurry into those tanks. However – come January or early February – I will be in serious trouble.

I don’t normally get slurry out until May, even though I’m allowed to put it out earlier. I don’t get it out until May because my land is not suitable.

The Co. Mayo man described his fodder situation as “bad”, adding: “I have some fodder of my own, but I’m spending €14/day on meal since the mid-October and my animals are in since the middle of September. The silage is poor quality and I’m supplementing it now.

“I have about 90 bales left. I’m feeding 16 cows, four weanlings and a bull. I would have some of them sold, but I can’t sell anymore because my stocking density won’t allow me to sell them.

“I have to hold onto them. If I sell any animals, I’m going to lose my payments.”

Like so many farmers throughout the country, Marley didn’t get all of his silage saved this year.

“I lost a cut of silage on moorland. I tried to cut it, but the contractor went around the field twice and he had to abandon it. That field was since grazed, but the grass was only trampled.

I had about 3.5ac of traditional hay meadow but the quality of that, by the time I got it, was nil; it was very poor.

Marley was asked would he try to buy silage. He said: “I’m going to try and stick with meal. However, at €14/day, seven days a week, it’s going to really eat into my payment.

“I was affected last year as well, but not as bad as this year. At least last year October was a good month and you could keep the cattle out a bit longer, but you couldn’t do that this year.” 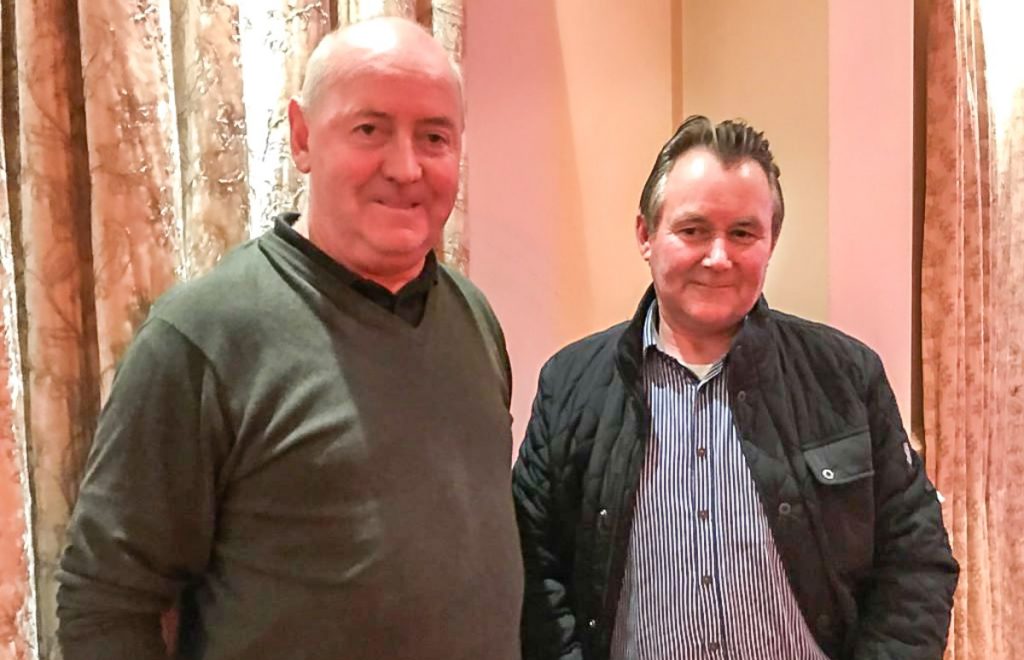 Dominic Rooney from Co. Sligo has no fodder. He has a sheep farm and also has 15 cattle.

“I’ve no fodder at all and I’m buying in fodder since last September. I’m buying in hay and straw at €40/bale for the hay and, up until three weeks ago, I was getting straw for €30/bale. But, there’s no straw to be got now.

I couldn’t get into the fields to cut silage, it was too wet. I didn’t cut any silage.

“My animals were out from May to September. I have about 40 bales used since September and meal as well.

“I’m feeding 300 sheep. I have some of them in. I have lambs in and they’re being supplemented with meal. It’s costing me €300/week anyway.”

Liam McLaughlin is a sheep farmer and agricultural contractor from Co. Donegal.

“We were badly hit by the floods in our area. A lot of damage was done during the floods and it set a lot of farmers back. It has added a lot of expense to their businesses this year.

“The problem is that a lot of farmers, in our area, haven’t got a lot of land suitable for crops of silage.

“They would normally just have a minimum of what they need and now, this year, they’re looking at feeding two-to-three months earlier than usual and maybe more.

“I’m talking and dealing with farmers and they’re having a lot of trouble getting straw. I’ve made a lot of enquiries down south for other farmers to try and locate straw for them with no success.

Co. Donegal doesn’t produce a lot of straw and we probably need five or six times what’s available at the minute in the county. Something is going to have to be done in the line of funding.

“I’ve had farmers contacting me in the last few days looking for round bales, because I do sell a few round bales of my own but I had none. One man had 30 head of cattle in his yard and no silage to feed them.” 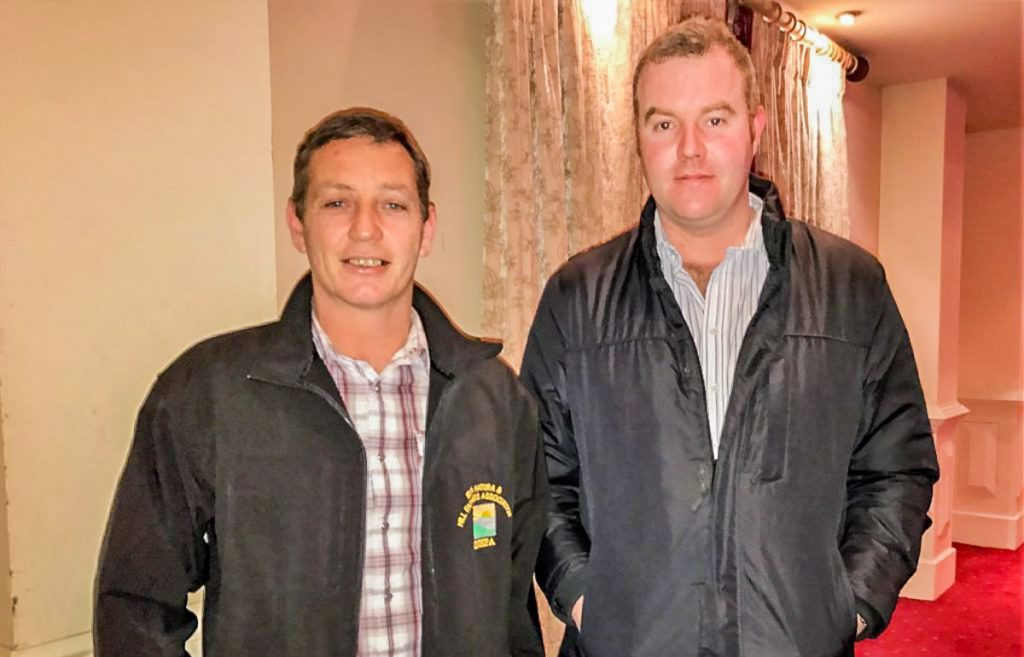 As an agricultural contractor, McLaughlin did not get to cut very many second cuts of silage this year. His business was down. However, he didn’t bring it up, he was more worried about the fact that those farmers were short of their second-cut silage.

“There was very little second cut. Conditions were so bad farmers just turned stock out onto second cut and grazed it.

“Some of the grass that I mowed wasn’t going to be worth much; it wouldn’t have been good, even when they did succeed in baling it.

“I wouldn’t have liked to see it coming out of the bale again. Some of it was covered in mud. It has been a devastating year so far.

“I keep sheep. I got out of cattle seven years ago. Personally, I’m not too bad fodder wise, but I see it all around me; the problems other farmers are currently facing. My sheep are currently out.

“They will be getting quite a bit of meal; that’s going to add quite a bit of expense to this year’s farming exercise but hopefully it all pans out.”

Charlie Doherty stated that the flooding that took place at the end of August took its toll on the Inishowen area.

“We were badly affected by flooding in Inishowen. The day of the bad flooding it started to rain at about 2:00pm and it rained continuously until 7:00-8:00pm. The floods destroyed land and fodder. There are a lot of animals in since that time in Inishowen.

“People can’t get straw now. It’s a rip off. Some people are taking advantage of other people’s disadvantage. We’ll get through it and hopefully our minister picks up and gets something done.”

On August 22 of this year 77.2mm of rain fell at Malin Head – at the top of the Inishowen Penninsula – where many of the farmers that AgriLand spoke to are from.