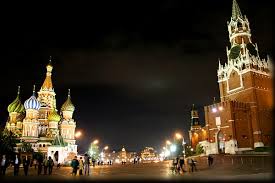 Ireland’s agri food sector should take the opportunity ‘now’ of developing new business opportunities in Russia, despite the recently imposed ban on a wide range of EU food imports into that country. That’s the view of Philip Owen, the founder of Volga Trading, a company that specialises in the development of business links for manufacturers and service providers wishing to secure a foothold in the Russian market.

“Lamb is a case in point,” he told Agriland.

“It is not covered by the current import ban. What’s more, Moscow is not seeking to increase flock numbers and there is a growing demand for that particular meat in Russia. Given Ireland’s perceived status as a friend of Russia within the EU, I see no reason why the authorities in Moscow would not fast track the licensing of Irish lamb processing plants, thereby allowing them to supply that market.”

Regarding food products that are covered by the current ban Philip Owen believes selling to Belarus, where indigenous processers can then carry out a re-branding exercise, is an option.

“This is already happening where pigmeat is concerned. Large number of live pigs and carcases are currently being exported to Belarus from the EU. These are subsequently further processed and then moved on to the Russian market,” he commented.

“I see no reason why Irish pork processers should not seek to develop trading contacts with Belarus. Where dairy products are concerned, Russia will be totally dependent on imports –particularly cheese – for many years to come. Ireland is well placed to meet this need. Politically, the best way to square this circle with Moscow would be for Irish milk processing businesses to invest in dairy farms within Russia. This would act as a bridgehead for additional imports. There are also significant opportunities for Irish investors to get directly involved in Russian agriculture at the present time.”

Philip Owen concluded: “I do not think the current food import ban will last for twelve months, certainly where the EU is concerned. By the end of this year the Russian authorities will have identified those foods which are in particular short supply. They will then act to tweak the ban accordingly.”