Fodder planning for this winter 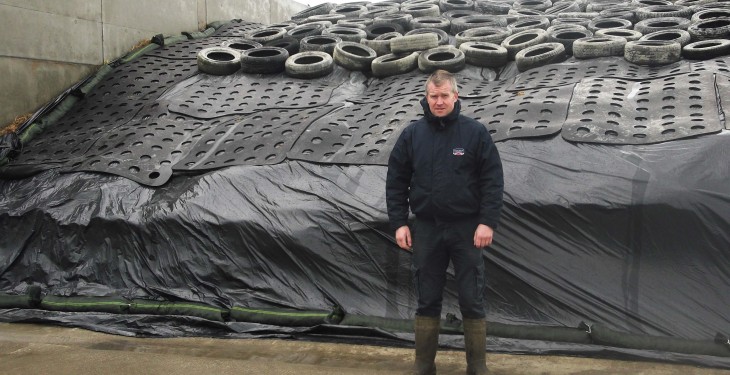 The View from Northern Ireland: Brian and Ian Thompson farm around 350 acres at Culmore Point just outside Derry where they have an autumn-winter calving herd of 180 Holstein-Friesian cows.

Like a lot of farmers, Brian and Ian have been wondering if they have enough silage and fodder to meet anticipated demand this winter. They have measured their silage pits and believe they have enough in stock between two cuts of silage and wholecrop – as long as it is a normal winter!

The wet weather over the past few years exposed a number of drainage problems on the farm. A digger spent four weeks on the farm in April, cleaning out sheughs and improving out‑falls. This was particularly important since the farm is almost at sea level, adjacent to Lough Foyle. Reseeding by conventional ploughing was also undertaken with 16 acres sown out in early May and a further eight acres in mid-August.

Brian and Ian normally take their first cut around 25 May but with the late spring fertiliser was sown much later than usual. The first cut of 155 acres was taken on 6 June. Thanks to the good weather and growing conditions in July, they were able to keep 144 acres of this closed off for second cut on 20 August. They have also harvested 48 acres of barley wholecrop helping to eke out silage supplies if required, but the intention is to save this for buffer feeding the cows at grass next summer.

So, what is being done to ensure fodder stocks last? There are currently 165 cows in the herd with 75 heifers due to calve this winter. Ten cows have already been identified for culling but there will inevitably be more after the final pregnancy scanning. The number of cows kept this winter will depend on how long the autumn grazing season lasts, and like last winter there will be no room for passengers.

If conditions allow grazing well into October they will potentially milk 210-215 cows this winter. However, if weather and ground conditions deteriorate, cows will be housed earlier and they may just keep 200 cows, possibly selling off some surplus heifers. Ten dry cows were housed this week in readiness for calving in around two week’s time, with more to follow.

The milking cows have become unsettled after the wet weekend and have moved round the paddocks quicker than intended to avoid poaching. They will be housed at night if this weather continues. However, with improved weather forecast for next week Brian and Ian are hopeful they will get another few weeks of grazing during the day, at least.

Pictured: Ian Thompson with second cut silage for this winter