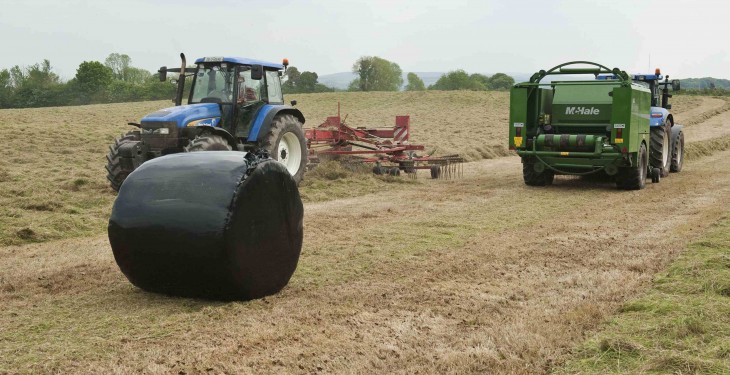 All farmers are urged to do a fodder budget for next winter immediately, according to Teagasc this afternoon.

Most first cut silages have been harvested by now so yesterday Monday, 1 July was picked as the National Fodder Census day by Teagasc, for farmers to assess the quantities of silage on their farms and the likely deficit or surplus of fodder for the numbers of livestock they plan to keep next winter.

“It’s an opportunity to measure progress on their own farms in rebuilding fodder stocks for next winter. The cold and wet weather meant that the spring was very late, leaving farmers short of fodder for their stock this spring, and led to the importation of hay and silage into Ireland,” the advisory agency said in a statement.

An easy to use one page fodder budget sheet has been distributed through multiple channels to farmers so they can easily determine if they are facing a fodder deficit or surplus for next winter, it added.

Teagasc nutritionist Dr Siobhan Kavanagh said: “It’s important that all farmers sit down and work out if they are facing a deficit or not on their own farm. The earlier that is identified, the more options are open to the individual farmer to take corrective action.”

An interagency fodder committee, chaired by Dr Tom Kelly of Teagasc, has been meeting regularly over recent months to identify ways of assisting farmers ensure that adequate fodder stocks are saved this summer. He said: “Farmers are being urged to maximise grass growth and utilisation on their farms through July, August and September, taking out surplus grass for silage and hay for next winter.”

Teagasc will gather results from a sample of those budgets completed to provide an overall snapshot of the situation nationally across the enterprises. This will be completed this week with results published next week.

According to the agency, indications are that yields of first cut silage harvested in the first half of June were generally below normal but the quality was good. Yields in the second half of June had improved and again favourable weather conditions should mean good quality silage was made.

The census will be repeated on 1 October. The fodder budget worksheet can be accessed from here.