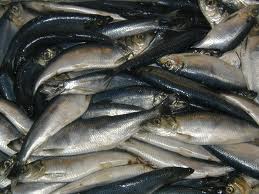 The Director of Inland Fisheries Ireland in the South West, Patrick Buck, has described a massive fish kill Lubagh River in Limerick as a “devastating event”.

Some 650 salmon and trout are said to have been killed after a effluent spill on Monday. Inland Fisheries Ireland said it received a report on Monday from local anglers in Kilmallock that there were dead fish in the river at Riversfield Bridge, near the Limerick County Council water treatment plant.

Speaking on Local Radio recently he said: “It was certainly a devastating event and one that brings home the importance of due diligence really not just for the agricultural community but for any business that has the ability to pollute on waterways.”

The IFI suspects the source of the effluent was a steel slurry tank located on a nearby farm. According to the IFI, once the farmer was contacted, works immediately proceeded to prevent further discharge and the flow of effluent was intercepted at a number of locations, preventing further discharge.

Buck stated that: “It must be recognised and it should be applaud that the agricultural community have invested considerable time and money in upgrading their facilities. This has resulted most definitely in a reduction of these types of events.

“But I suppose from our point of view the key message must be that it is up to everyone to prevent pollution of our rivers and streams.”