First year figures from Belview – how did it do?

Posting its annual results, Glanbia says that the performance of Glanbia Ingredients Ireland, the joint venture between Glanbia plc and Glanbia Co-op, slightly ahead of 2014.

It says today that it a “challenging dairy market environment reduced margins in the business” but this was offset by higher volumes and cost reduction.

Glanbia has described Belview is “scalable” or, in other words, it is prepared to extend it further if global demand for dairy products continues to grow.

And, it currently has has the capacity to process over 700m litres a year and opened its doors officially last spring.

It has the drying capacity of up to 15t per hour which could produce 100,000t of dairy powders a year – making it one of the largest plants of its kind in Europe.

A dry run of Belview took place in December, 2014, but the plant officially opened in spring 2015. However, the plant had problems with driers in the summer and then was closed down, temporarily and it says as part of a planned move, in early November.

CEO of Glanbia Ingredients Ireland (GII) Jim Bergin told an IFA meeting last year that further processing developments may take place in 2017, however based around continued increases in supplies.

By 2020, Glanbia’s milk suppliers are expected to increase milk production by 63%.

Belview processed over 300m litres of milk in 2015 and, according to Glanbia, and has additional available capacity to support the growth ambitions of the business and its supply base.

However, it had problems with driers in June – driers that are capable of processing 2.5m litres a day.

Its capacity was also affected due to the closure of Belview last October, which Glanbia says was planned.

A spokesperson for Glanbia said at the time that the closure of the Belview plant was scheduled and was due to seasonally low powder production.

”The site was planned to close…with dropping milk supply and poor returns for powder – no other reason.”

He also confirmed that the 300m litres it had processed led to the manufacture of 36,500m tonnes of product.

The 2016 production season at Belview commenced as scheduled in early January, according to Glanbia and it is due to process its planned volumes for 2016. 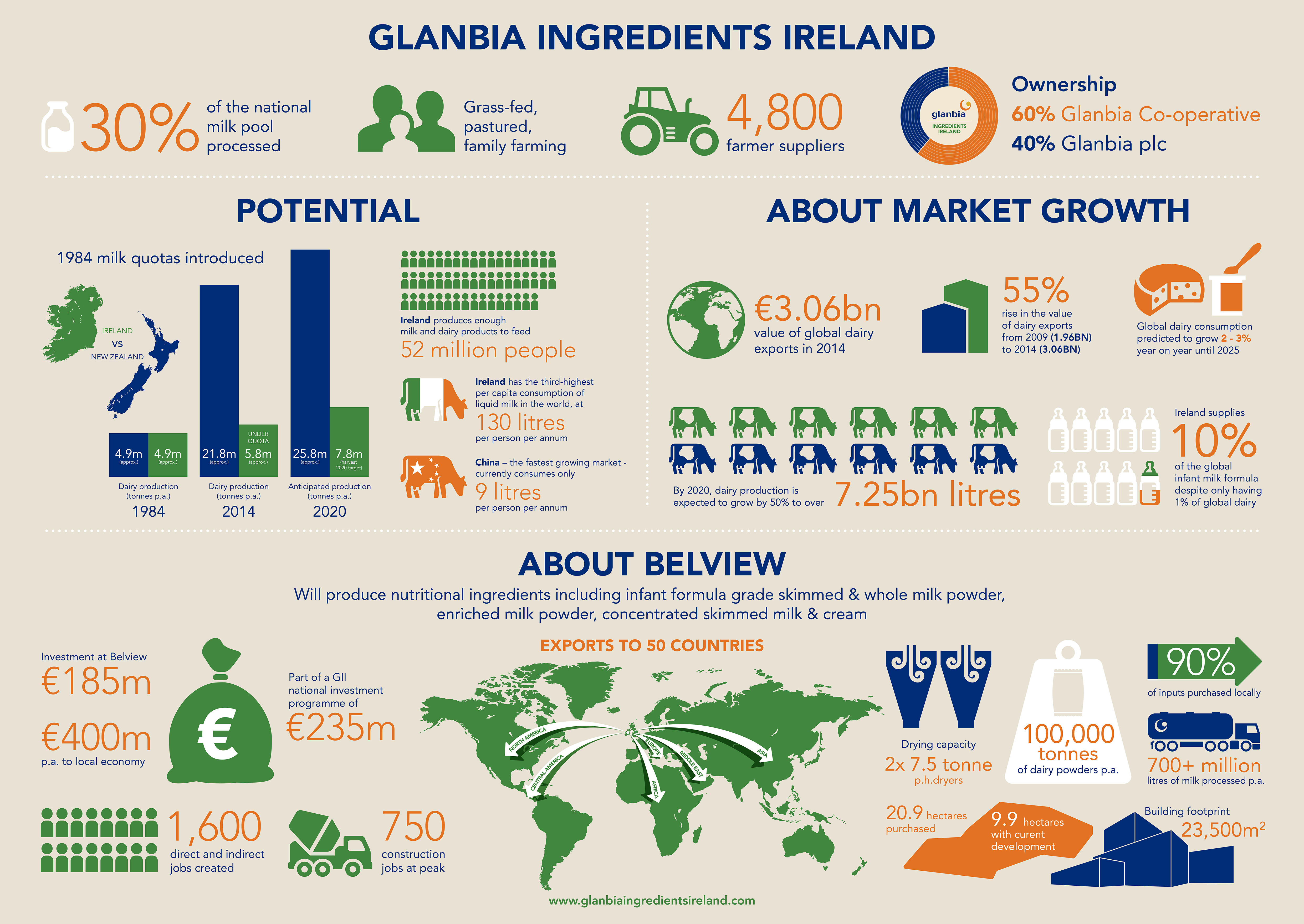