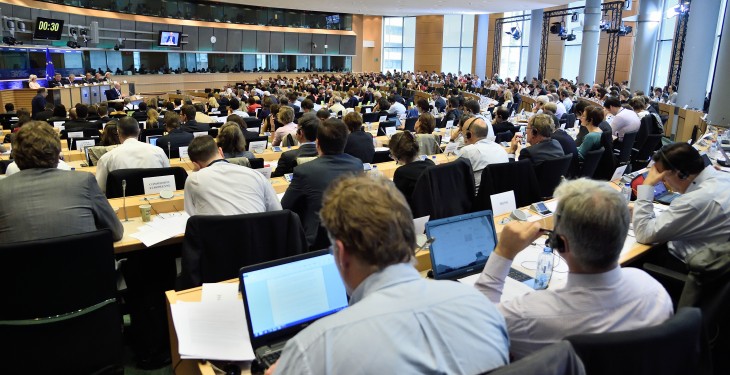 New measures to prevent and halt outbreaks of animal diseases such as avian flu or African swine fever were backed by the EU’s Agriculture Committee earlier this week.

The measures were informally agreed by MEPs and the Council in June 2015.

The draft EU law, on diseases that are transmissible among animals and potentially to humans too, will put more emphasis on prevention and help keep pace with scientific progress.

Swedish rapporteur Jasenko Selimovic said that the adoption of the Animal Health Law is a great victory.

“This law makes three things possible. First, it links animal health and welfare and connects it to human health.

“This direct link, together with emphasis on responsible use of antibiotics, will help us fight growing antimicrobial resistance.

Second, it enables the authorities and producers to focus more closely on prevention and control of transmissible animal diseases.

“And third, it merges around 40 legal acts into one basic act.”

The new rules put more emphasis on prevention, in line with the Parliament’s long-standing position.

All farmers and other animal owners and traders will be obliged to apply the principles of good animal husbandry and a prudent, responsible use of veterinary medicines.

The European Commission should keep an eye on the actual use of animal antimicrobials in Member States and regularly publish comparable and sufficiently detailed data to this end.

To tackle emerging diseases that could have a “highly significant impact” on public health, agricultural production or animal welfare and health, the law will empower the Commission to take urgent measures immediately.

All disease control measures will have to take animal welfare into account and spare targeted animals, including stray animals, any avoidable pain, distress or suffering.

The agreed rules clarify the responsibilities of farmers, traders, animal professionals including veterinarians and also pet owners, to ensure the good health of their animals and to avoid introducing or spreading diseases.

For instance, the rules say that vets should be legally obliged to raise awareness of the interaction between animal health and welfare and human health and better inform owners about the problem of resistance to treatments, including antimicrobial resistance.

To help prevent strays transmitting animal diseases, MEPs also inserted rules that would require all professional pet keepers and sellers to be registered and empower the Commission to ask EU Member States to establish a national database of dogs and other pets, if need be.

The agreed text, approved by the Agriculture committee unanimously with 41 votes, still needs to be endorsed by Parliament as a whole at the second reading, possibly at the March 7-10 plenary session in Strasbourg.

Once approved, the agreed text of the regulation can be published in the EU’s Official Journal and enter into force.