A recent Agriland poll shows that 47% of farmers have been attacked by a cow at calving time.

The results should be noted by both beef and dairy farmers as they enter into the busiest time of the year on their farms.

The poll results also show that 42% of farmers feel the calving facilities on their farm are not adequate.

According to the poll, over 76% of farmers questioned invested in calving facilities to make handling cows easier at calving.

Surprisingly, only 19% of farmers said they installed a calving pen for safety reasons, while a further 3% though it was a good investment opportunity under the TAMS.

However, 7% of farmers admitted that they had no calving pens on their farms, while the remaining 14% use temporary calving facilities.

The calving area should provide adequate space, be tidy and well-bedded with clean dry straw,
free of obstructions with good lighting, according to the Health and Safety Authority (HSA).

Well designed calving pens and gates minimise the direct physical contact between the cow and the farmer. The facility should provide the farmer with access to both sides of the animal, it recommends.

Other desirable features would include areas to perform Caesarean sections and for the suckling of newborn calves.

Calving jacks if properly used can reduce the risk of back injuries. Mechanical lifting aids such as a pulley system in the calving pen can also prevent back injury.

The floor must be free of tripping hazards such as twines, rocks or pieces of timber, the HSA says. 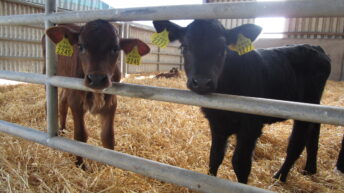 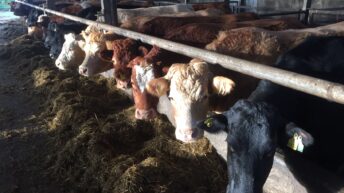