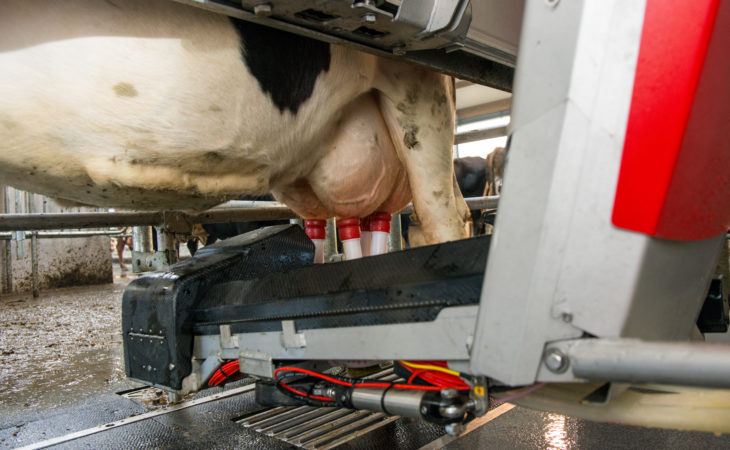 Lely, the Dutch machinery and milking equipment manufacturer, unveiled its latest milking robot – the Lely Astronaut A5 – to the masses at this week’s National Ploughing Championships.

Prior to being launched in the Netherlands earlier this year, the robot had undergone extensive testing on 30 farms – amassing more than two million milkings.

2018 marks the sixth year that the company has showcased its products via a live demonstration at the ‘Ploughing’. This time the new Lely Astronaut A5 took centre stage, as it milked a herd of 40 cows.

Compared to its predecessors, cow comfort has been further improved with a new silent, faster, energy-efficient and more accurate hybrid arm – which results in consistent milking.

A new Teat Detection System (TDS) also features on the latest model, which enables improved post-milking teat spraying by pre-scanning the udder before spraying. This ensures optimal udder hygiene and limits the risk of contamination.

Below, Lely’s Brian O’Riordan details the steps involved in setting up the live milking demonstration at this year’s National Ploughing Championships.

Along with bringing the Astronaut A5 to an Irish audience for the first time, the company also showcased a new Lely Vector system – a feeding robot – which automates the diet feeding process on-farm.

In the video below, Brian O’Riordan and Rosy Harding discuss the latest innovations from Lely. The pair also highlight the role automation is likely to play on dairy farms in the future. 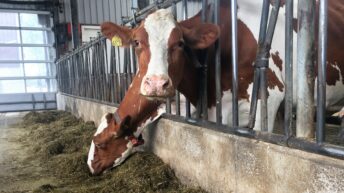 Lely narrows the gap between dairy farmers and consumers