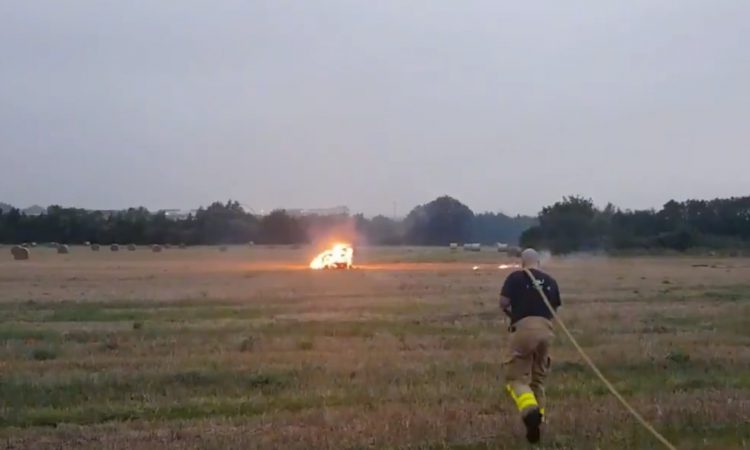 According to Dublin Fire Brigade 1,000L of water was used in the effort, preventing the fire from spreading to the rest of the field.

Taking to social media, Dublin Fire Brigade said: “Firefighters have extinguished a large hay bale set alight in Kingswood. The fire was prevented from spreading to the rest of the field.

Firefighters have extinguished a large hay bale set alight in Kingswood. The fire was prevented from spreading to the rest of the field. Approximately 1000 litres of water used. pic.twitter.com/WA0mZ5WCLU

Early last week, a similar, much more serious incident occurred when machinery was destroyed – along with a shed and a number of bales – in an overnight farm fire in Co. Down – the latest in a series of shed fires believed to be started deliberately.

In a statement on social media, local members of the Police Service of Northern Ireland (PSNI) confirmed the news of the incident, which took place near Banbridge on Sunday, September 22.

According to a statement from the PSNI, approximately £35,000 (€39,250) worth of machinery was destroyed along with a shed and bales on a farm in the Brickland Road area of Ballinaskeagh.

The fire was reported around 12:45am and the Northern Ireland Fire Service was in attendance until after 8:00am on Sunday morning, September 22, the PSNI added.

The blaze followed three separate incidents of hay sheds going on fire the previous week, according to police. 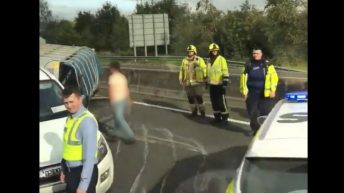