Numerous teams of firefighters were mobilised to rescue a 12-month-old bullock which became trapped in a water trough earlier this week in the UK.

The incident occurred in Hampshire, England, on Monday afternoon, July 21, according to the local fire brigade, Hampshire Fire and Rescue.

After the firefighters succeeded in freeing the animal, the steer was treated by a vet.

Firefighters based at Fordingbridge Fire Station took to social media to explain the incident:

H47P7 mobilised this afternoon by @hfrs_control along with crews from @Lyndhurst48, @Brockenhurst50 & @HFRSanimal to a 12 month Steer trapped in a water trough at #Breamore. Animal successfully released and treated on scene by a Vet. #TeamHants #NotJustFires #OnCall ?? pic.twitter.com/6WFilXZlFd 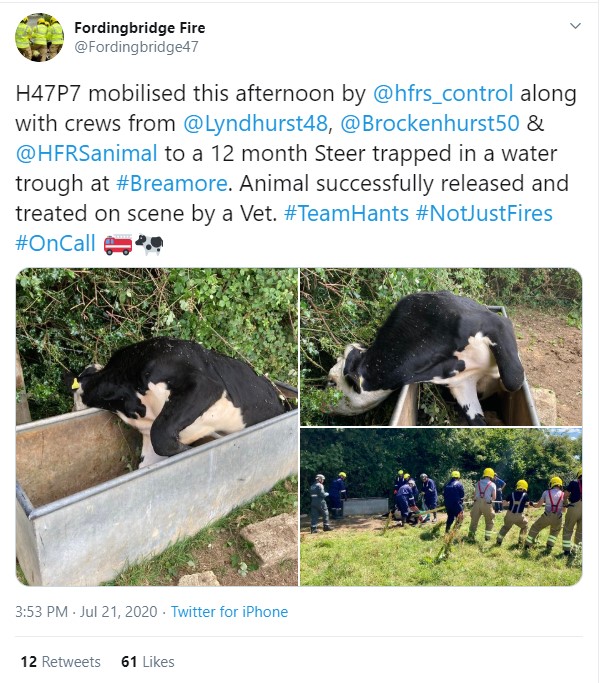 [/yes-app]
“The animal [was] successfully released and treated on-scene by a vet,” the fire brigade said.

Meanwhile, Hampshire Fire and Rescue Animal Rescue Team was recently called out to a similar incident which occurred last month, when a 13-year-old British White cow became trapped between trees in a local forest. 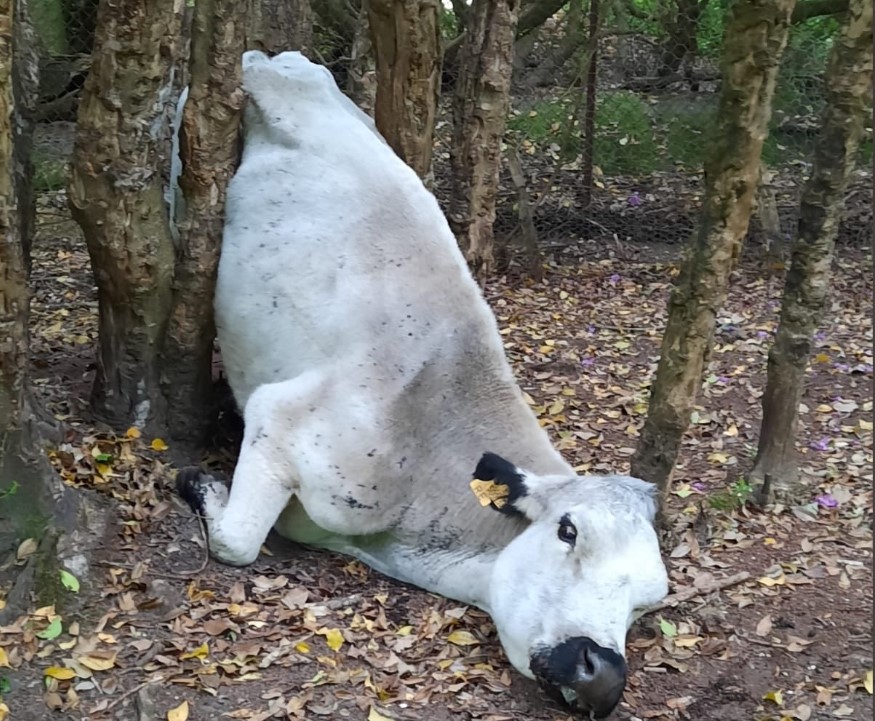 The animal was successfully freed and returned to the care of her owner.