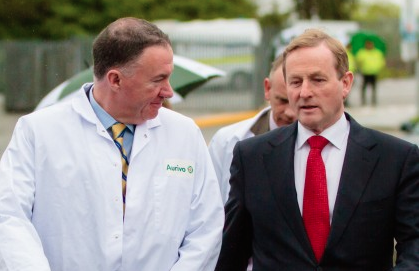 As the Taoiseach and the other western-based Fine Gael deputies head off on their summer holidays, I wonder if they are fully aware of the deep anger that is welling up within the broad swathe of the farming community in the West of Ireland?

This week’s exposure of the row that has broken out within the IFA, regarding the entry requirements for the new GLAS measures, and the fact that a finalised Rural Development Programme (RDP) was submitted to Brussels, which is totally at odds with the express views of hill farmers, could have significant political implications for Enda Kenny et al.

Adding fuel to the fire is the fact that a number of commonage shareholders, who believe they will be negatively impacted by the new GLAS measures, were – it seems – given little succour on bringing this matter to the attention of their local Fine Gael TDs earlier in the year. In essence, they were told to take the matter up with the various farming organisations. Given recent developments the response has gone down like a lead weight.

At this stage, it is worthy of note that the only Dáil TD committed to highlighting the perceived vagaries of the new GLAS scheme for commonage shareholders in the West was Fianna Fáil’s Éamonn Ó Cuiv. It turns out that he wasn’t a voice crying in the wilderness after all.

The latest GLAS row follows on directly from the still simmering issue of weanling exports, primarily from the west, losing their identity and traceability status, once they cross the border into Northern Ireland.

On the back of this not insignificant problem Sinn Féin managed to attract a crowd of some 400 farmers to a meeting in Ballinasloe at the beginning of July. And as a representative from one of the farming organisations pointed out it to me so succinctly afterwards “Three years ago Sinn Fein would have had difficulty attracting 10 farmers to a meeting, never mind 400.”

Fine Gael has, traditionally, prided itself as being the farmers’ party. Given developments in the West of Ireland over recent weeks, this is a status which it could quite easily lose if the organisation’s public figures do not respond positively to the genuine anger being felt within its traditional voting base throughout Connacht.