Financing expansion is not without its challenges 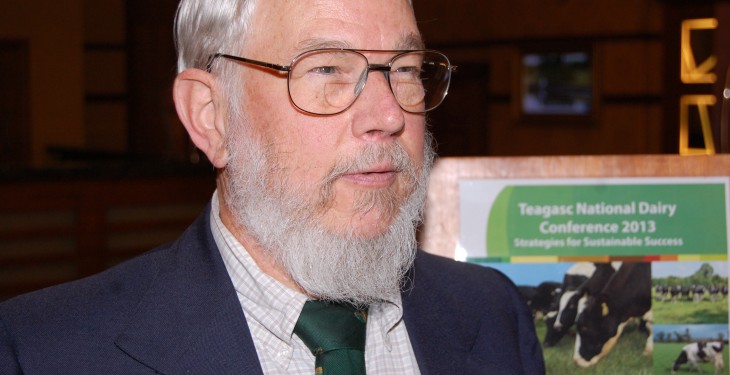 A leading US agriculture academic has told AgriLand that a significant number of Irish dairy farming businesses will fail as they strive to increase output beyond 2015 in his opinion.

“It’s a simple fact of life. Experience gained from every other industrial sector confirms that this will be so,” added Associate Professor Dennis Kaupilla, currently on a six-month sabbatical with Teagasc from the University of Vermont.

“The reality is that some farmers will overstretch themselves and end up in a situation where they cannot meet their financial commitments in full.”

Kaupilla made these comments while attending the Teagasc National Dairy Conference in Cavan this week.

The University of Vermont representative went on to point out that the banks will lend, at most, 80 per cent of the capital requested.

“In most cases, they will only lend 50 per cent of the money required,” Kaupilla further commented.

In contrast to the situation developing in Ireland, he went on to point out that dairy farmers in Vermont will not be expanding the scale of their businesses significantly over the coming years.

“Producers back home have never operated within a quota environment,” he stressed.

“They have always been allowed to produce as much milk as they wished so to do. The only constraint is the market and, in this context supply and demand is the determining factor.”

While commenting on the different approach to lending that banks take in North America, compared with their counterparts in Ireland, Kaupilla pointed that US financial institutions accepted livestock valuations as a component of the equity contained within every farm business.

“This is not the case in Ireland. And I have often wondered why this is. Another key difference in the banking environment that exists in the two regions is the commitment given by the US Department of Agriculture to guarantee 90 per cent of the loan commitments given to farmers. This obviously does a lot to encourage lending practises within the agri sectors.

“And, there’s no doubt, that if such a commitment was given by the Irish Government it would certainly have a similar effect on farming in this part of the world. But, somehow, I don’t this will happen.”