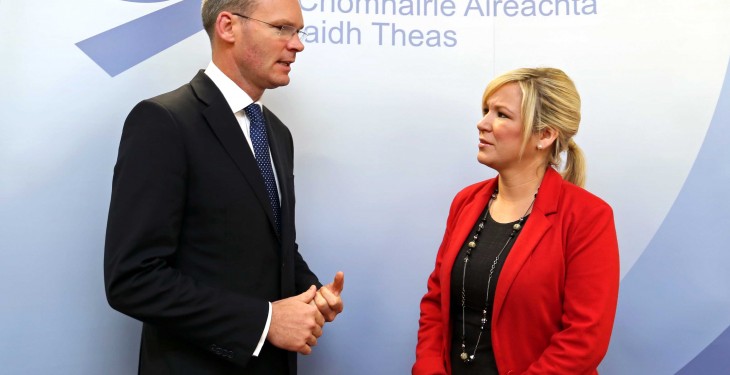 The rollout of the new Common Agricultural Policy (CAP), animal welfare, ash dieback and equine registration were discussed in detail by the North-South Agriculture Ministers Simon Coveney and Michelle O’Neill this afternoon at the 21st North-South Ministerial Council for Agriculture.

The council agreed that the respective agriculture departments will work closely with a view to developing a protocol for the cross-border movement of larch logs.

Ministers discussed ongoing cross border co-operation in an effort to control and eradicate tree diseases, such as ash dieback. In terms of the new CAP, it noted legal texts arising from this political agreement should be adopted by the end of 2013, and agreed that the close contacts between the two states should continue.

In terms of animal welfare and health, they discussed the All-Island Animal Health and Welfare Strategy Action Plan, in particular a range of equine registration issues.

In terms of the equine disposal scheme, the council agreed that if significant equine welfare and abandonment issues arise over the coming winter, any required action will be on all-island basis.

The council also agreed that officials should organise a north-south conference in 2014 to develop further co-operation on rural development projects.

The next meeting is set for February 2014.