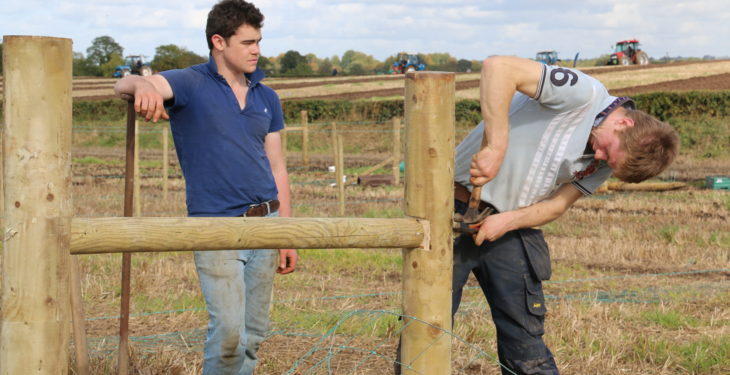 Competition is getting young farmers back into the field and learning practical farm-based skills, YFCU members at this year’s Northern Ireland Ploughing Championship told AgriLand.

Almost 30 teams took part in the competition which allows three hours to erect a 20m fence. One team taking part this year was made up of members from two clubs who had joined together to enter.

The advanced teams were asked to make their fence 5m longer and also had to put a bend in it. 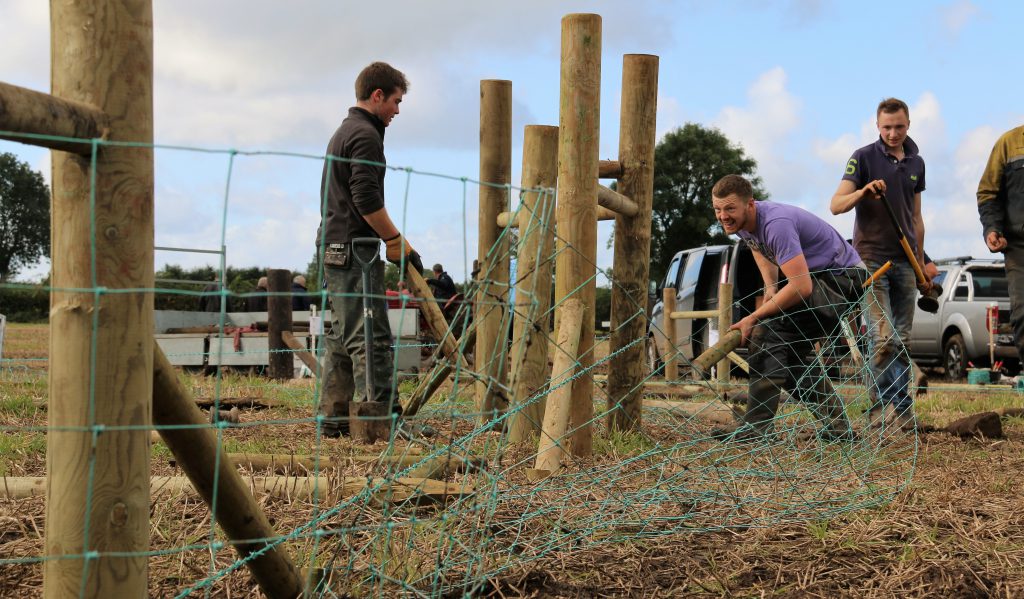 YFCU President James Speers said: “The fencing competition is one we really look forward to every year, working with the Northern Ireland Ploughing Association but also the training element and the practical element that this competition brings to our membership.

“It really does set them up with a skill for constructing and putting up a fence, but also the safety aspect is very important too for how to operate the tools they use for the fencing and also working together in a team – it’s a big thing which ‘Young Farmers’ is very committed to.

“A lot of these skills are learned on the home farm so it’d be parents, uncles – whoever they may be working with – that’s where they would be picking those skills up from, and then they come here and put them to the test.

“They also get feedback from the judges – the judges give good, constructive feedback to each team because there’s things they could maybe pick up on for the next time.” 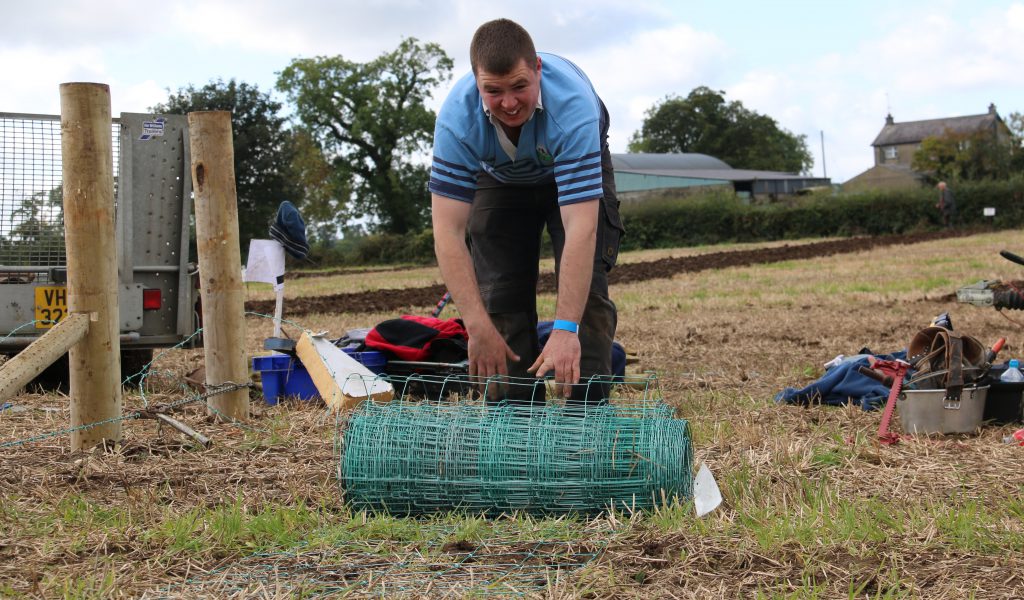 Judge James Gilpin told AgriLand what he believed to be the secrets of a top fence.

“It needs to be straight, well-supported, with good tension in the wire, it needs to have a good general appearance when it’s finished, and it needs to be constructed with enough materials – but not too much,” he said.

“The wire-tying needs to be good and strong; through time fences will slack and you have to stretch your wire and tension so that it’s not going to slack within a few years.

“By going to the fencing competition you learn by your mistakes and take advice from the judges, and you can bear that in mind when you’re practising for next year.” 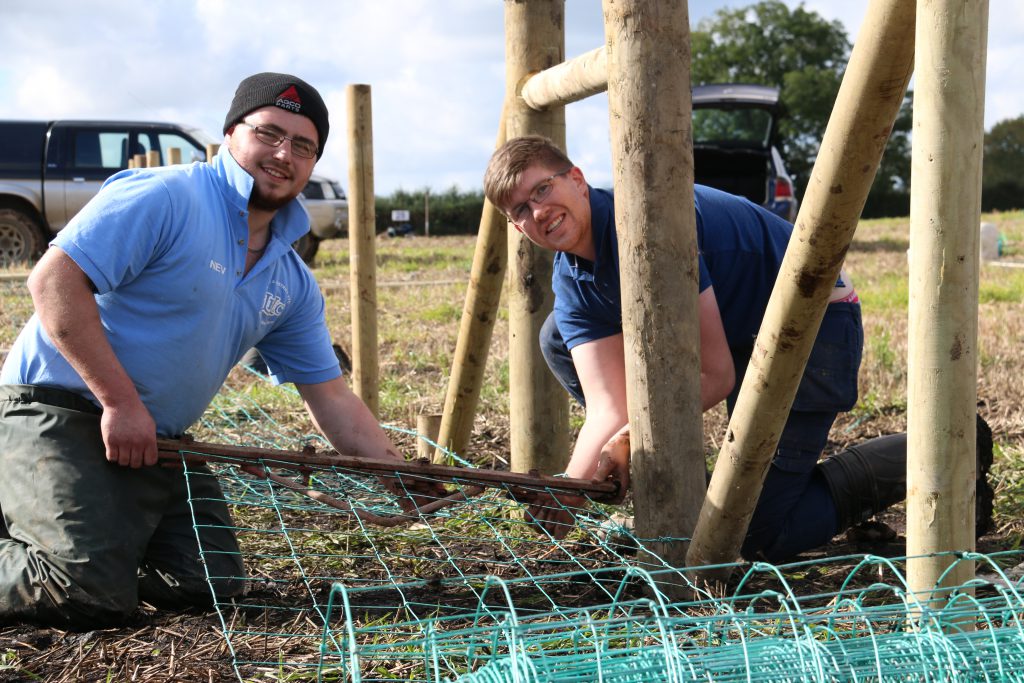 City of Derry was among the teams taking part. The team enjoys competing – although its members haven’t always enjoyed fencing. The team consisting of Gordon Crockett, Thomas Rankin and Alistair Craig tries something new every year – this year they experimented using 12in-wide telegraph poles as strainers.

Dairy and arable farmer Alistair Craig said: “I have some of these on the farm – it’s not practical to go and buy these from a merchant but if  you have them you should make use of them.

“If you’ve got a telegraph pole lying about you’re going to use it – I’d be disappointed if it didn’t last 30 years.

“We’re sort of making a point that you can buy those 6in strainers in the merchants and they’ll last 10 years and then they’re rotten.

“These are getting the same tension but there’s four times the area of the fence so we reckon it should last four times as long as the smaller posts. We have some of these at home which have been up for 25 years – I’d rather pay twice the money and have it stay up twice as long. 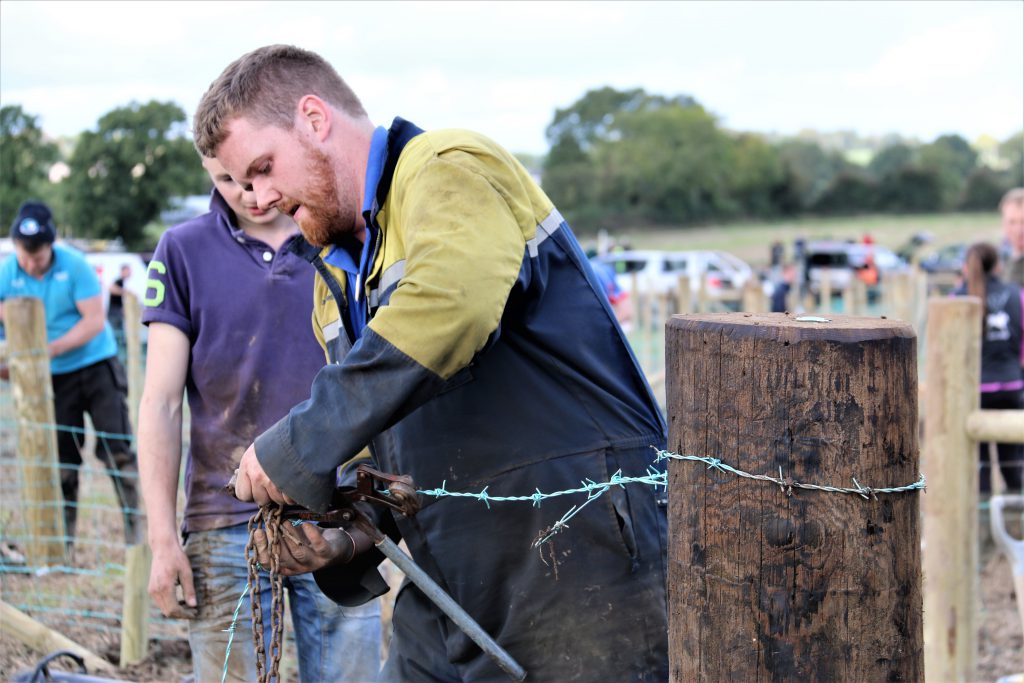 “I didn’t enjoy fencing until David – a past member of the club – was looking for a couple of boys to help him with the competition. That’s how Gordon and I got started around four or five years ago.

“And once you start you try to better yourself every time you put up a fence. You try to do something different or what you can do to make it stay up better or last longer – you do get a bit competitive with it.

“I do enjoy it more on the farm too now – but it really depends who you are working with!

“It’s enjoyable doing this competition – and the top prize isn’t highlighted nearly enough – Gordon, David and I won it around four years ago. You get a trip to Sheffield to the Rylock factory and then they take you out to lots of other places too. That is one brilliant trip – it’s unreal.”

Unfortunately for the Derry team, the risk didn’t pay off – a support beam coming out from the side of the strainer put judges off.

“It could be a trip hazard and it could be dangerous for livestock also farmers would want to be able to get right up to the fence with machinery,” Judge James Gilpin explained.

“But it is trial and error – if you don’t try it you’ll not know if it will work out. A lot of it depends on the day how tight into the ground you can get your posts and your strainers. The standard has been very high – it was extremely difficult to pick between the top few places.” 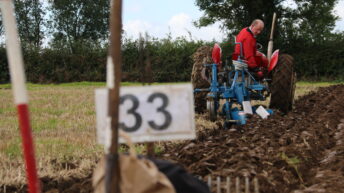