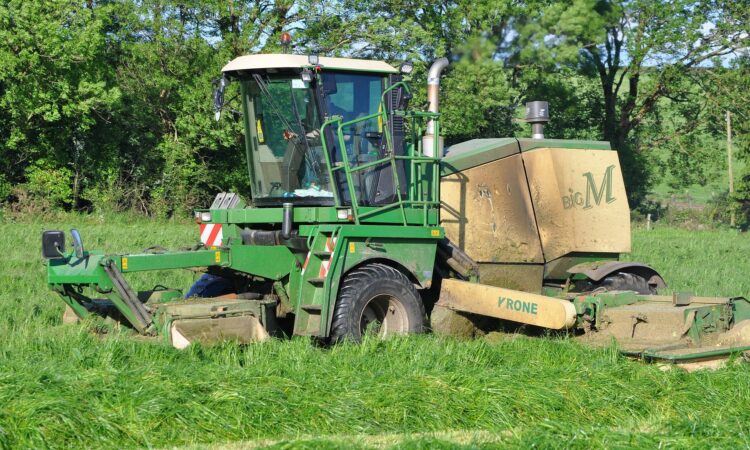 The Association of Farm & Forestry Contractors in Ireland (FCI) is calling on the Government to implement either of two options – to alleviate the pressure of “significant cost increases” ahead of the 2018 silage season.

The association has written to both the Minister for Finance Paschal Donohoe and the Minister for Agriculture Michael Creed to examine proposals to counter a major hike in the cost of agricultural diesel – “up from €0.55/L (including VAT) last year to €0.75/L in 2018”.

Also Read: ‘36% price hike’: How much diesel is used when cutting silage?

FCI national chairman Richard White explained: “Contractors will be forced to pass on this 36% increase in diesel costs to their farming customers, pushing up the cost of silage harvesting at a time of intense pressure on national animal forage stocks.

At FCI we are concerned that this cost increase will impact on the volume of silage harvested, as our members will be forced to increase their silage harvesting charge accordingly.

Given the extent of the diesel cost increases, the FCI has pitched two options to the Government.

The first option, according to the association, is to reduce the VAT rate on agricultural contracting services from 13.5% to 9%. This, it says, would be in line with allowances previously made for the hospitality industry for a period of two years.

This, claims the FCI, would result in a €5/ac saving for the farmer, while the contractor would still be charging €95 (plus VAT) for the service.

It says that reducing the VAT rate from 13.5% to 9% would result in a saving of €12 million to Irish farming at a critical time – improving cash-flow on farms.

The second option, highlighted in an earlier AgriLand article, involves the removal of ‘Carbon Tax’ from agricultural diesel. This, says the FCI, would allow contractors to maintain silage harvesting charges at 2017 levels.

To put things in context, estimates from the CSO (Central Statistics Office) and the SEAI (Sustainable Energy Authority of Ireland) apparently show that the 69,852 tractors in Ireland in 2012 consumed 288 million litres of diesel.

The FCI says that there has been a €0.20/L (agricultural diesel) price increase between 2017 and 2018; this equates to an additional cost to Irish farming of €57.6 million.

By eliminating the Carbon Tax on agricultural diesel, the association says that the increase would be lessened by €14.4 million. 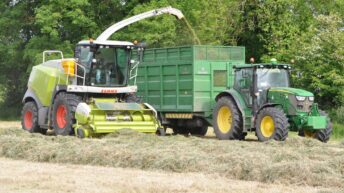 ‘36% price hike’: How much diesel is used when cutting silage?