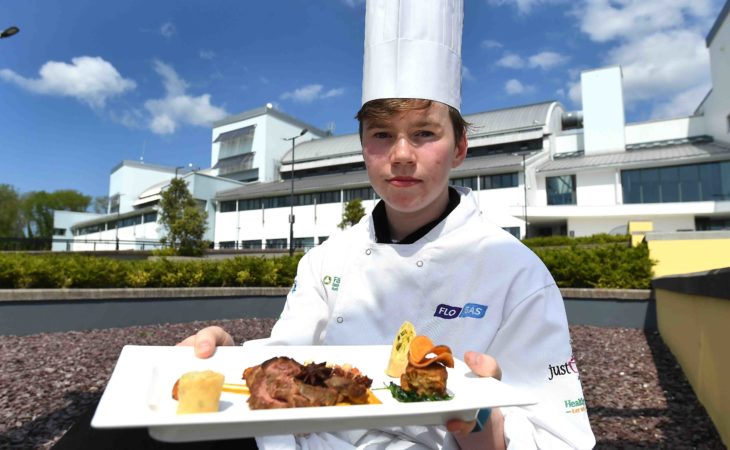 Growing up on a farm gives many young people a real appreciation of quality food if the farming representation in this year’s Apprentice Chef programme is anything to go by.

Friday, May 4, will see the programme – which is supported by Flogas Ireland and Failte Ireland – feature on RTE’s Nationwide ahead of the 2017/2018 final cook-off at IT Tralee.

On Thursday, May 10, 27 students from secondary schools across Munster and Leinster will don their chef whites and spend the morning in the college’s professional kitchens to create their individually-designed dishes.

Since October 2017, over 800 students have taken part in a series of demonstrations and workshops as part of the programme.

It aims to promote the importance of healthy eating in enhancing physical and mental wellbeing, as well as boosting self-confidence and self esteem. It also sets out to encourage young people to consider a culinary career in a bid to combat the current chef crisis in Ireland.

They have also been supported by nutritional therapist, Susie Cox. All dishes created by the students are required to have a ‘good mood food’ influence.

This is the sixth year of the Apprentice Chef programme – which was established by Mark Doe of Just Cooking Cookery School in Firies, Co Kerry, and Mark Murphy, lecturer in culinary arts at IT Tralee.

Mark Doe said that almost 4,000 secondary school students had attended workshops and cookery demonstrations since they started the Apprentice Chef in 2012, with students from Kerry and Limerick.

“In the second year schools from Co. Cork participated and last year we were delighted to collaborate with Waterford IT and students from Tipperary, Wexford and Waterford signed up.

The geographic reach has extended this year and for the first time we welcomed students from Laois, Wicklow and Dublin.

Many of the students come from farming backgrounds.

Jordan Pim is a 15-year-old in fourth year at Newtown school, Waterford. He lives on the family farm where his grandfather grows all their vegetables.

Jordan said that his grandfather has been an inspiration, and that Michael Kelly, the GIY (Grow It Yourself) founder, asked him for advice in the early days.

Jordan’s uncle has sika deer which Jordan will showcase in his final dish. His mother is a teacher at the Ballymaloe Cookery school and has her own catering business and food blog.

17-year-old transition year student Harry Emerson attends Mercy Mounthawk in Tralee. His mother is from a farming background where food always came from the surrounding land and local river, ensuring that she grew up with quality sustainable ingredients.

Eimear O Donoghue from Meanscoil Nua An Leith Triuigh is 15 years old and in third year.

Her father keeps dairy cows and sheep and her grandfather grows vegetables in Maharees which he sells in local markets.

Ellemarie Fanning is a second year student in Avondale Community College, Rathdrum, Co. Wicklow. At just 13 years of age, she has a passion and flair for all things culinary.

This is Ellemarie’s first time entering The Apprentice Chef competition and she said that she has loved and learned every minute of it.

Ellemarie’s family run a beef farm in the ‘Garden County’ where her father Dermot Fanning keeps bees. She uses their natural honey in her recipe.

Eoin O’Flynn, marketing manager, Flogas Ireland, said that the programme is “an outstanding initiative in supporting the development of young culinary talent”.

It was the Kerry student’s second year competing and he is planning to study hospitality management at college in September.

All finalists receive a specially-commissioned Ambri chopping board, a Just Cooking cookbook and their Apprentice Chef monogrammed chef uniform.

The Supreme Apprentice Chef will enjoy a styling session at Easyfood Magazine headquarters this summer and receive the perpetual trophy.

For more information on the Apprentice Chef visit the event website or check out the Facebook page. 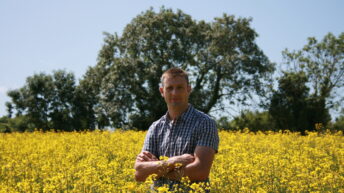