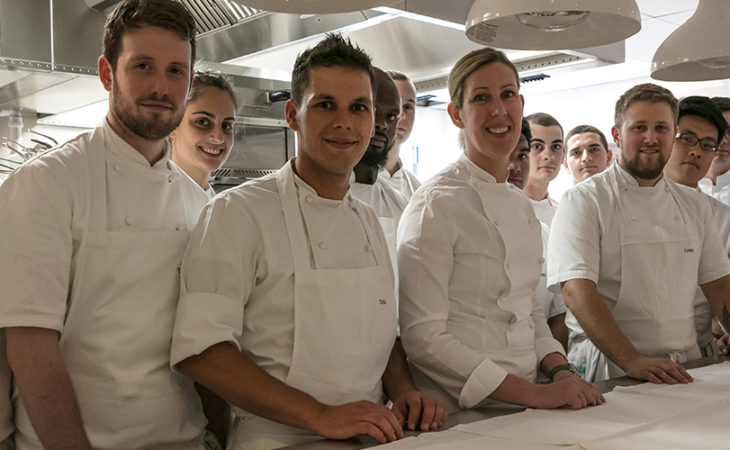 A 39-year-old woman who grew up on a farm near Bushmills in Co. Antrim has been named the best female chef in the world.

She is said to eat a potato – plain with a little salt and pepper – before service at her informal fine dining restaurant, ‘Core by Clare Smyth’ in London’s Notting Hill.

Her memories also include drinking milk from a tank and scavenging for dulse along the coast.

Clare has said that food was always important but in a more rustic sense. She has visited all the suppliers to her restaurant and has said that, having grown up on a farm, she always notices the condition of animals.

The youngest in a family of three, she has recalled always being competitive, and attributes her perfectionist approach to her father, William, who trained horses. Her mother, Doreen, worked in front of house at a local restaurant.

Having worked weekends in a restaurant, Clare made the decision to leave home for catering college in Portsmouth, at 16, reportedly much to her parents’ dismay.

Advertisement
She went on to work in some of the most celebrated restaurants in the world. In 2002, she joined Restaurant Gordon Ramsay.

In 2005, she went to work with Alain Ducasse at the three-star Le Louis XV in Monte Carlo. She returned to the Ramsay Group in 2007 to assume the position of head chef.

She became Chef Patron in 2012 and the following year was appointed MBE for services to the hospitality industry.

Clare is said to be the first and only female chef to run a restaurant with three Michelin stars in the UK. Her other accolades include: the Good Food Guide award as Chef of the Year in 2013, as well as her team achieving a 10/10 score in 2014, 2015 and 2016.

Also in 2016, Restaurant Gordon Ramsay in Hospital Road was awarded five AA rosettes and Clare won the Cateys Chef of the Year award.

The Michelin Guide for Great Britain and Northern Ireland awarded her the Michelin female chef for 2017. Gordon Ramsay has been quoted as saying that she dresses food like Picasso.

Her restaurant focuses on natural sustainable food, and the tables have been made from Northern Ireland wood. She will be presented with this latest award in Bilbao, Spain, in June. 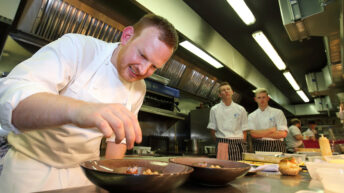