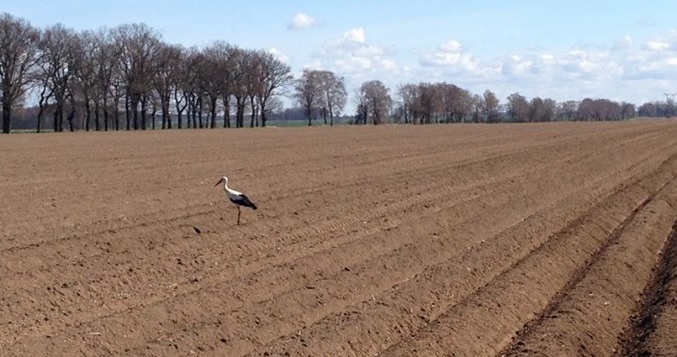 There are tremendous prospects for young people from Ireland to establish attractive share farming opportunities in western Poland, according to Tim Bergin of Pomerania-based PSD Produce.

The North Dublin native has been farming in Poland for the past number of years and now heads up the largest potato exporting business in the country.

“Irish people have a unique skill set which make them totally suited to farming in Poland,” he said.

“But making it works requires a total commitment on the part of those involved. As a consequence, the opportunities that are on offer would be best suited to young people with no family responsibilities and with a commensurate work ethic.

“Both the Polish government and private landowners in Poland would be very open to the establishment of share farming agreements with suitably qualified and committed young people from Ireland.”

Bergin left the family tillage farm in 2002 and bought an initial 660 hectares in Pomerania, which is a province of western Poland.

“The decision to move there was based on the availability of large scale farming opportunities in that area plus the fact that land could be bought with free title,” he said.

“Our original acquisition was that of the region’s former agricultural research farm. We bought for it equivalent of two years’ land rental charges, given the money we were giving back then to take potato ground in the north Dublin area.

“We also took over the debt of the research institute. But even when this was factored in the deal made genuine sense. Last year, we purchased a further 600 hectares at €5,200/ha.”

Bergin runs both farms under the trading name PSD Produce.  The company also buys potatoes from other growers in the region.

Over the past number of years the business has been grown consistently, to the extent that it is now the largest exporter of potatoes from Poland.

“From a farming point of view, potatoes are the focal point of the operation. A 1 in 6 year rotation is followed with crops of oilseed rape, winter wheat and winter barley also grown.”

PSD grows red skinned potatoes for the table market in Poland and the rest of Eastern Europe.

“We also grow crops of Markies under contract for a local chipping factory,” said Bergin.

“Our soil quality is excellent: the key challenge confronting all the farmers in this region is that of getting crops into the ground at the required time. There are only limited windows of opportunities to get this work carried out. And if these are missed the chances of growing successful crops are remote.

“Lack of rainfall can be a problem at certain times of the year. This is why we grow winter cereal and rape varieties only.”

Bergin also confirmed that Poland is a very straightforward country in which to do business.

“We have had difficulties in the past when it comes to selling potatoes into parts of south east Europe,” he said.

“But, for the most part, we now insist on pre-payment or payment on delivery in cases where we think there might be problems when it comes to getting our money.”

Looking to the future Bergin plans to establish a 200 cow dairy unit on the first farm but said the final decision has yet to be made regarding the new venture.

“But, once established, it would provide us with an opportunity of adding value to the cereal crops, waste potatoes and straw that are always available on the farm.”