Farmers urged to reject ‘sweetheart deals’ from factories amid protests 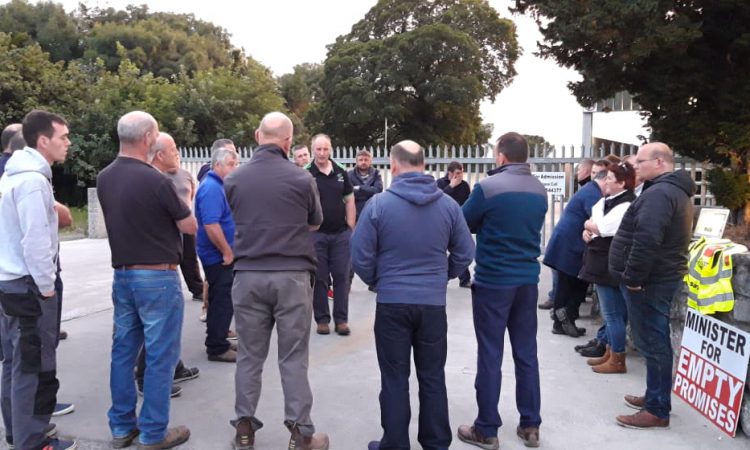 Farmers are being encouraged to “stick together” and to reject the “sweetheart deals” being offered to them by factories, as protests by the Beef Plan Movement continue.

Independent TD Michael Fitzmaurice said he had attended a number of these demonstrations, adding that the protesters “need to be commended for their determination and willingness to stand up for what they believe in”.

“It has been unbelievable at times to see vehicles, especially lorries, driving through the picket lines with little or no regard for the people holding the peaceful protests,” deputy Fitzmaurice argued.

I think it is imperative that the likes of the Road Haulage Association would encourage those people with artics, rigids and trailers to respect people who are taking part in a peaceful protest, if they are members of their association.

“It has also been heartening to see instances where farmers have arrived with their produce and have turned around in support of the movement. This is a difficult time for all farmers, throughout the length and breadth of the country,” added the Roscommon-Galway TD.

He continued: “Vets have also decided to support the movement in some factories this week by refusing to cross the picket lines, an act which they must be commended for.”

Deputy Fitzmaurice also raised concerns over what he said was the “not too uncommon sight” of UK-registered lorries bringing livestock to Irish plants, which raised fears over traceability, he argued.

“With all the rules and regulations that farmers in the Republic of Ireland have to uphold, are they happy to see lambs or sheep coming in large numbers to Irish meat plants from across the border or indeed from further afield?

“It was said during the week at one protest that lambs had reportedly been transported all the way from Scotland to a factory in the southern half of Ireland. One would have to question the traceability of these lambs and sheep. Every articulated truck that comes to a southern factory is bringing on up to 400 or more sheep with them.

“Is Bord Bia now in the business of promoting be it Northern Irish or Scottish lamb as Irish at a time when our farmers are struggling to make a living or get a proper price for their produce?”

Turning back to the protests, deputy Fitzmaurice said:

“It is widely known that special deals are being done for those that will turn around and bring in livestock when the factories are struggling to source sufficient numbers – but what every farmer in rural Ireland must realise is that it is not sustainable to continue taking the price that is there at the moment,” Fitzmaurice went on to say.

He warned: “You may be a winner today for taking a ‘sweetheart deal’ because you brought sheep or cattle to the factory, but – down the road – you will get the same treatment as everyone else.

If farmers stick together they may have an opportunity to secure a more sustainable living for everyone… One swallow won’t make a summer. If prices stay as they are at the moment, then the reality of it is that the future is bleak for us all.

Fitzmaurice called for Meat Industry Ireland (MII) to meet with representatives from the Beef Plan Movement.

“When you weigh up the money that is spent in the different towns and villages, the business people, merchants and garages – be they farm machinery or cars – you must realise how important our communities are and how important agriculture is to these areas,” he stressed. 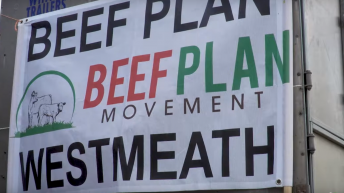