Farmers should ‘take the point rather than go for goal’ – Punch 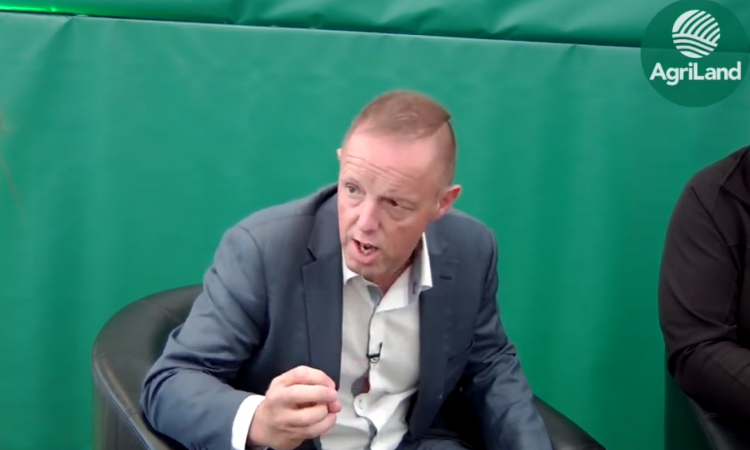 Protesting beef farmers are being encouraged to “take the point rather than the goal you’re not going to get” – in relation to the agreement on the beef sector – by Eddie Punch, general secretary of the Irish Cattle and Sheep Farmers’ Association (ICSA).

Speaking to AgriLand at our live coverage of the 2019 National Ploughing Championships today, Tuesday, September 17, Punch called on farmers to recognise that a “lot of important wins” were achieved in the beef talks over this past weekend.

Punch praised the protesters for having “done a great job in shaking the factories”.

This is half time. Just before it, there’s a point on. But there’s still a second half, and further round robins as well.

Punch called the current dispute “a battle in a long war”.

He highlighted that the ICSA was getting “a lot more calls” from people who were “really worried about how they are going to put bread on the table” because they were unable to sell cattle.

Below you can see the panel discussion which featured Punch, along with TDs Michael Fitzmaurice and Charlie McConalogue.

The ICSA general secretary highlighted that addressing the issue of price was not going to be feasible at the weekend’s talks.

“People say you didn’t discuss base price and therefore you were stupid. The base price could not be delivered in one fixed price for everybody. That would not wash. It wasn’t attainable because it would have been seen as illegal and struck down straight away,” he said.

We went into those talks hamstrung by the strictness of competition law, which is appropriate for big companies, but really absurd to apply to small family farms.

Punch went on to argue that “Europe has to step up to the plate and say that the way in which the food industry – and particularly the beef food chain – is rigged unfairly against the primary producer”.

Punch acknowledged that “no farmer could be satisfied with the state of the beef trade at the moment”.

“It is totally unrealistic to demand that farmers are delivering all sorts of add-on benefits like sustainable grass-fed beef, high animal welfare standards and do all of that under strict quality assurance regulations. None of that is sustainable,” he argued.

“When you have a scenario where for many years, supermarkets and processors have been squeezing farmers more and more, and you don’t allow peaceful negotiation and discussion to thrive – militant protests become inevitable,” he observed.