Approximately 20 disgruntled members of Newtownsandes Co-op protested outside the organisation’s headquarters in the village of Moyvane, Co Kerry on October 4.

The group are demanding fundamental change in the way the business is managed.

“This is the start of a campaign to get fundamentally new thinking brought to bear in the way the co-op is run,” said one of the protesters.

“And this means putting in new people at the very top of the business.

“All we want is communication with the management to talk about the future of the creamery and the crucial decisions being made.

“It’s unfair that we are being treated like this. We need to know what is in store for our creamery.” 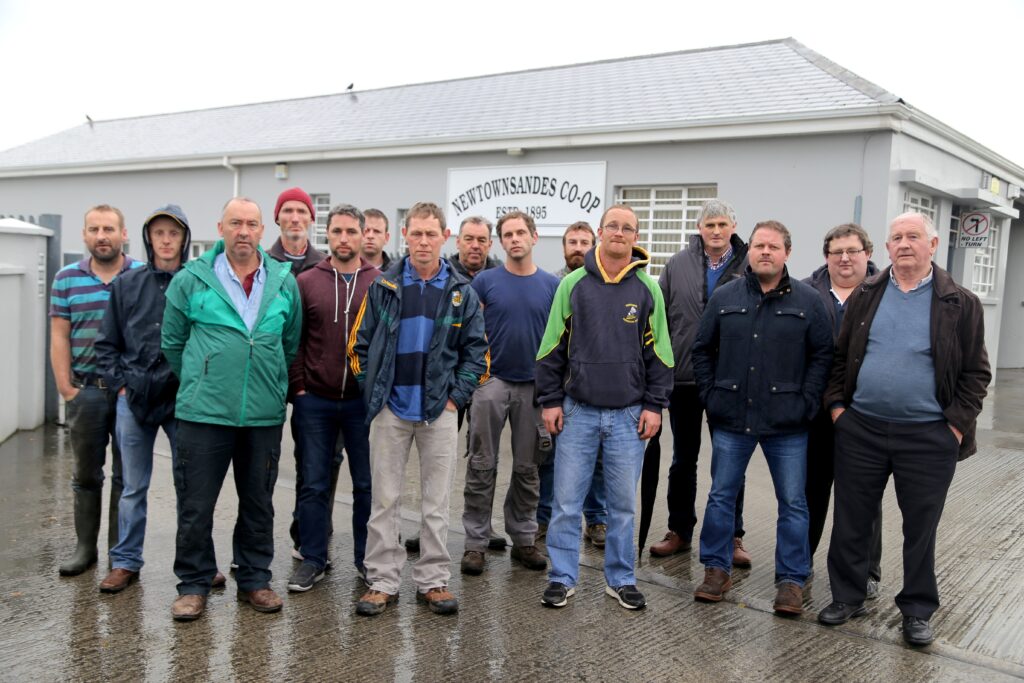 We feel totally alone, and being alone right now with the state of farming in Ireland is a very lonely place.

“I fear for my fellow farmers and friends in the community.

“This is a small community, a small village where if we all don’t work together, then we’re doomed. And with that, our children’s futures are doomed.

“Unfortunately, some members of our group are questioning their future in farming.

“It’s crucial that we talk to the management immediately. We feel we are being discriminated against and we honestly feel like second-handed farmers,” the protester said.

The group, which has been christened the Newtownsandes’ Farmers Alliance, submitted a letter – as part of the protest – asking for full disclosure regarding the financial affairs of the co-op.

“We had 17 milk producers in attendance to-day, representing 33% of the co-op’s entire milk pool,” said the protester.

“There is a rump of 20 farmers organising these protests, whereas the co-op has a total membership of around 200. Newtownsandes’ Co-op has been consistently profitable over the last number of years.

Our accounts are independently audited annually. In addition, the auditor attends our annual general meeting to discuss the detail of the accounts in full.

Details of round two of milk reduction scheme revealed