Farmers in Co. Leitrim earn the lowest farm income in Ireland, according to a new report by Revenue.

This is the lowest farm income of any county since 2016.

‘The Farming Sector in Ireland: A Profile from Revenue Data’ report shows that farmers in Co. Leitrim earn, on average, €8,794 from farm income (not including off-farm income and spousal income). This figure, which is based on 2018 earnings, is lower than that of 2017 – which was €10,489.

Meanwhile, farmers from Co. Dublin earn the highest farm income in the country, averaging at €33,596 for 2018. This figure is slightly lower than that of the previous year – €34,978. Kilkenny farmers earn the second highest income at €31,154.

The overall average farm income in Ireland is €20,886. Spousal incomes along with off-farm incomes more than double the average across the country, with the gross income average being €47,029.

The report also showed that the 51-60 age cohort of those earning a farm income was the highest, at €28,494. The lowest age cohort was over 90 years-of-age.

Meanwhile, last month in the Teagasc National Farm Survey 2019, the family farm income (FFI) distribution made for stark reading – with figures revealing that 44% of farms earned less than €10,000 last year.

Meanwhile, on the other end of the scale, 4% of farms earned in excess of €100,000 last year. The results are representative of over 90,000 farms in Ireland.

According to the Teagasc report, a large gap between the average income levels in dairy and drystock is evident.

Better performing (and generally larger) drystock farms will have income levels much closer to some dairy farms, the report said. 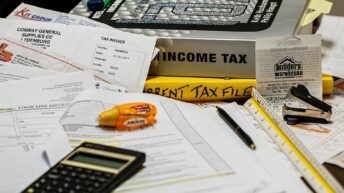