Some farmers are giving €1,000 with the weight for cattle at the moment (here’s why) 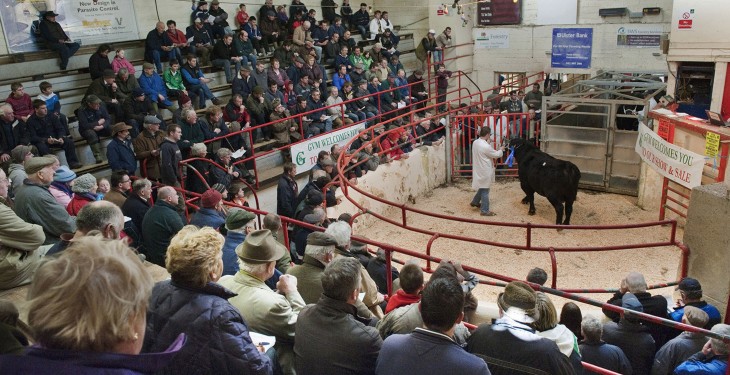 Demand for high-quality beef animals is said to be huge throughout the country at present with buyers paying in excess of €1,000 with the weight for stock.

According to Brendan Egan, Castlerea Mart Manager, there is a lot of demand for stock at the moment on the back of lower numbers coming forward for sale through January.

Egan said it is also noticeable that Northern Ireland buyers and English feedlot buyers appear to be back in the market with the weak euro advantageous to trade to the sterling area.

“We have sold more this week than the equivalent week last year,” he said.

Egan also said that with an abundance of fodder still evident on most farms across the country, farmers have been slower to bring stock forward for sale.

“January was a slow month all right.

“A lot of farmers still have plenty of fodder on farm. There was also a lot of stock was sold in the run up to December. This has resulted in noticeably less bullock numbers on the ground,” he said.

Shippers are also becoming more active around mart rings, according to Egan.

“Especially for good quality stock, there is huge demand for the quality lots of Charolais and Limousin cattle.”

However, he also said that there is a lot of interest also in ‘plainer lots’ too.

Much more than other years, he said.

According to Egan, a noticeable drop off in the number of dairy calves coming forward for sale has been seen.

“A lot of this is due to the removal of quotas, with many dairy farmers keeping calves at home on excess milk until the end of quotas.”

This could mean a high number of such calves arriving on the market in a short period of time, Egan said and could impact the market negatively.