Judgement will be delivered tomorrow morning, Thursday, May 16, in a court action where a Co. Galway farmer is suing an Offaly bull breeder.

Micheal Ryan, Waterloo, Menlough, Mountbellew. is seeking nearly €16,000 in damages because the bull he bought from Tom Harney, Moneygall. in June 2013 did not put his cows in calf.

The court heard Ryan, a suckler farmer, bought the bull from Limousin Society member Harney after seeing an ad on Donedeal.

He paid €2,700 for the animal having been assured the bull had already sired two calves.

After bringing the bull to his 22-strong herd he saw him serving a cow within minutes of coming off the trailer and Finboy Gino seemed to be doing his job in the following days and weeks.

But when he had the cows scanned the following November not one of them was pregnant and when he contacted the seller he was told the bull was working when he left the farm in Moneygall.

There was also evidence that bulls can temporarily lose their fertility because of a high temperature or an infection.

The court heard evidence on behalf of Harney that his vet noticed an injury to the bull’s penis in March 2014 which would render him incapable of servicing cows even though he was producing viable semen.

The defendant contended the injury must have occurred after the bull was sold and there was DNA evidence from a lab run by the animal parentage firm Wetherby’s that Finboy Gino had sired a calf prior to the sale.

The court heard the claim for €15,826 included the value of the bull after he had been sent to the meat factory and the income he would have earned had he sired 20 calves.

Harney told the court he would have swapped a bull or let the bull go to the factory and paid Ryan the balance if he had been informed about the problem earlier than November.

The defence also argued Ryan could have mitigated his loss if he had used AI but the Galway farmer’s agricultural consultant Vincent Costello said his farm was not set up for a different calving season. 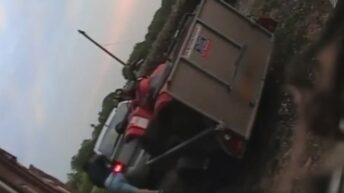 Thieves ‘stung’ with decoy in fight on rural crime