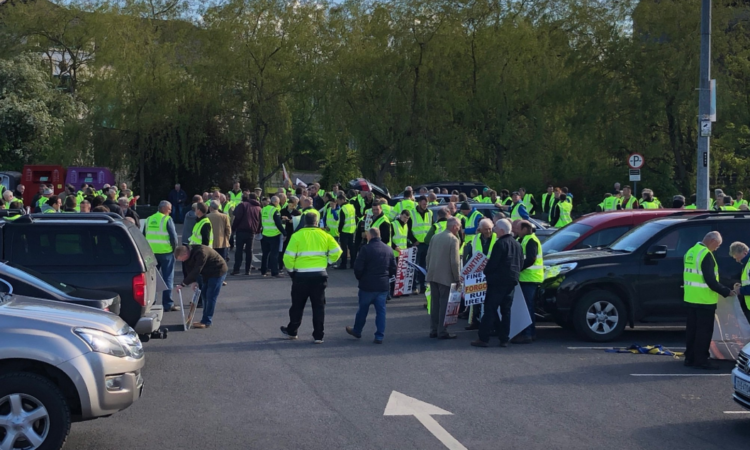 A group of four farmer mediators have been selected to represent the concerns of individual protesters that have held pickets at 10 factories across the country, it has been claimed.

Following a lengthy meeting with protesters from a number of individual pickets lines at a hotel in Ballinasloe, Co. Galway, last week, it is understood that four men were selected for the positions.

In a statement, the mediators group said that while eight of these picket lines have stood now “for now”, they remain “totally opposed” to the Irish Beef Sector Agreement that was accepted by stakeholders during last weekend’s beef sector reform talks at Agriculture House in Dublin.

The mediators say the protests have stepped back to allow for “new talks to convene on a better agreement” for beef farmers – however, a large number of other protests have stood down over the last 48 hours in a bid to consider the current agreement that is on the table.

The mediators said: “Eight of the factories have agreed to step back to allow talks with the Minister for Agriculture, Food and the Marine, Michael Creed, to take place straight away.

“However, two of them – Ballymahon and Clones – have agreed to step down one hour before this meeting is due to start.

“We reserve the right to picket and protest again if talks fail.

These protest lines are totally opposed to the agreement; they want new talks to address their concerns.

“They stayed on the pickets because they don’t agree with the agreement – this is now a ceasefire to facilitate talks,” the mediators said.

As it stands, there has been no suggestion from Government, or any of the stakeholders involved in the talks to date, that an alternative deal could potentially be brokered.

However, it has been made clear by MII that the agreement will only enter into force following the cessation of all protests and blockades. 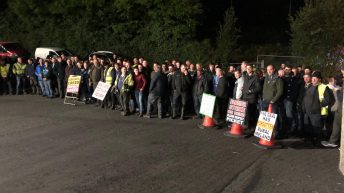 Farmer protest update: What picket lines have stood down?