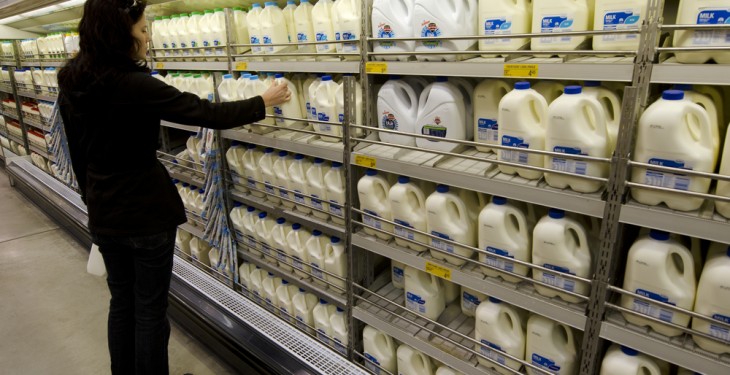 Morrisons is set introduce a ‘farmer friendly’ milk, which it says could benefit dairy farmers in the UK.

This essentially means that the company is allowing the consumer to choose if they want to support struggling dairy farmers or not.

The UK supermarket chain currently accounts for approximately 11% of the grocery market share.

This product will sit side by side with the companies own branded product in the dairy aisle and will be branded as ‘Morrisons Milk for Farmers’, it says.

The supermarket has unveiled this product as a result of the unrest and farmer protests over the deteriorating milk price, it says.

This move to introduce a ‘farmer friendly milk’ comes as the average June milk price in the UK has fallen to 23.66p/L or 33c/L.

Some 85% of the milk produced in the UK is consumed domestically, in the form of liquid milk or processed products.

These protests have occurred as the proportion of the retail price farmers receive has fallen from 68% in 2014 to 55% in 2015.

Morrisons corporate services director Martyn Jones said that the company knows that the current liquid milk situation is having a negative impact on dairy farmers.

“We recognise that the current market for liquid milk is impacting on hardworking dairy farmers and their families.

“We want to reassure the industry that the retail price we charge for milk reflects the highly competitive retail market. It is not linked to the price we pay our milk suppliers,” he said.

He added that the company wants to help farmers and will sell their 4-pint milk at a premium of 10p/L, with this additional increase in price passed directly back to the farmer.

The company has also given details on how it pays for milk from its main supplier Arla.

“We also want to clarify that our current three year contract with Arla, who supply the majority of our milk, uses a cost model that automatically adjusts the price that we pay for milk.

“This adjustment is based on a combination of the independently set farm gate price and other commodities such as diesel and plastics that influence the cost of milk,” he said.

He also said that Morrisons have asked its suppliers not to pass on further decreases in farm gate prices to the retail end, but to instead share any potential benefit with the dairy farmer. 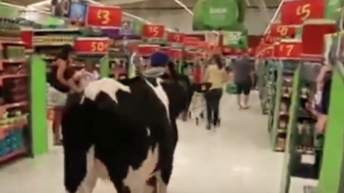 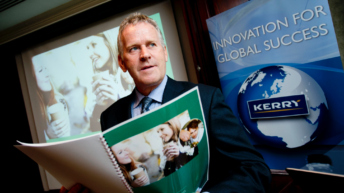