Police have appealed for information and offered farm security advice following the theft of a large number of lambs in England recently.

A total of 210 Texel, Charollais and Beltex cross lambs were stolen from a field near Beaminster in West Dorset at some stage over the last three months, police have said.

The lambs were wearing ear tags with the flock number UK347813 on. All lambs have white faces.

Dorset Police Rural Crime Team has urged anyone with information to come forward, particularly if anyone saw anything suspicious in the area or any vehicles with livestock trailers attached seen acting suspiciously.

The police team advised anyone with information to get in touch directly, quoting occurrence number 55180204397, or contact Rural Crimestoppers anonymously: on 0800-783-0137.

Rural crime task forces such as Dorset Police Rural Crime Team have been put forward as a suggestion for An Garda Siochana by the Irish Farmers’ Association (IFA) in recent months, with IFA deputy president Richard Kennedy particularly vocal on the issue.

Speaking to AgriLand back in November, Kennedy said: “An issue we put forward was a task force to complement the Gardai in an area where there would be serious criminality and we would have a task force that would go into the areas and help out the local Gardai.

It would consist of four, maybe five people of the Gardai that would be specially designated to go into an area where there is crime happening and it isn’t being solved by the regular number of Gardai. 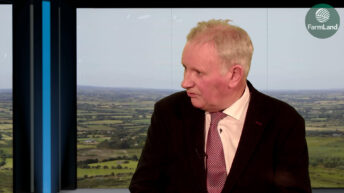