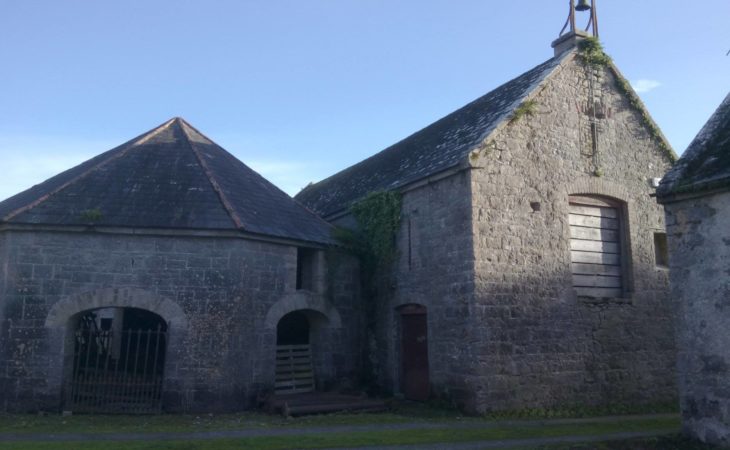 Anyone who is curious to see the workings of the farm that incorporates the new Ballykilcavan Brewery – near Stradbally, Co. Laois – will have the opportunity to do so on Sunday, April 8, at 2:00pm.

David and Lisa Walsh-Kemmis will host a tour of their historic farm in association with Experiencing Laois.

David is farming 440ha, of which half is in forestry – mainly mature hardwood and softwood along with some 25-year-old plantations – where he plans to install walks and trails.

The rest was all tillage until last year, but he is now converting some of this to grazing ground, while continuing to grow malting barley for his own brewing company as well as Waterford Distillery.

“This is partly a reaction to poor tillage prices and also to the amount of time needed to run the brewing business,” David said.

The brewing has really taken over my life since we launched in July last year. It’s now a full-time job in itself, so we’ve had to cut down on the amount of tillage we’re doing on the farm.

“We have just been taken on by a national distributor, so the demand is really picking up, and we’re looking forward to taking our beers across the whole country.”

The farm has been in David’s family since 1639, and David and Lisa are the 13th generation of the Walsh family to live and work there.

“Given the recent weather, there is not a lot of barley to be seen yet, but visitors will be able to walk around the 18th century stone farmyard and stable yard, see the champion black walnut tree of Ireland, and take a trip through a tunnel under the main Stradbally to Athy road to get to the 19th century walled garden,” David said.

“This is where famous gardener, William Robinson, doused the fires [that kept greenhouse temperatures warm], opened up the greenhouses and ran off to England after a row with my great-great-great grandfather.”

Ballykilcavan brewery is scheduled to open later this year. The brewery is being installed in a stone grain store that was built around 1780, which backs onto the old mill house.

All are welcome to attend the farm tour. “There will be a bit of walking, so walking boots are recommended,” David said.

The entry cost is €5 – half of which will go to the Irish Cancer Society.

If you are keen to hear the stories of the ancestor who died mysteriously after clearing a fairy fort from a field, or the hangman’s tree that has never grown since it was last used, this promises to be an intriguing afternoon out. 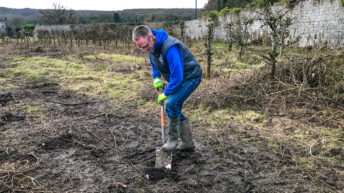 Tillage focus: A ‘hopping’ tillage farm in a wet January