How far can dairy cows walk? 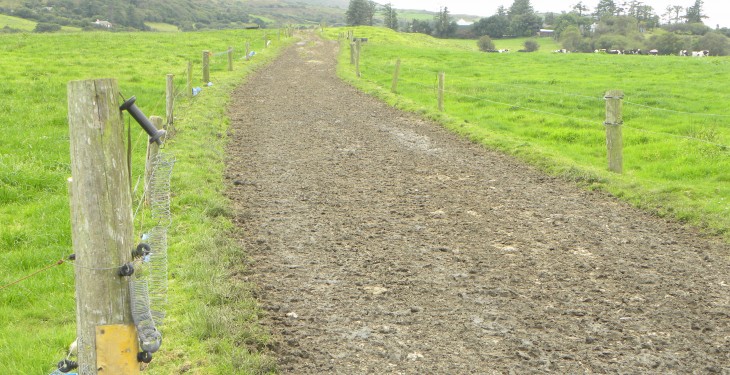 Lameness is a disease that dairy farmers don’t hear much about, according to Teagasc Dairy Programme Manager Tom O’Dwyer, and as expansion occurs and farm and herd sizes increase, cows may have to walk further which could increase incidents of lameness.

Speaking at the Teagasc Dairy Expansion Seminar, the three farmer speakers spoke of their experience of lameness during expansion.

Walter Power, a dairy farmer from Carrick-on-Suir, said that 10 years ago they were walking 1.5 miles three times a week to an outside bock of land, but it was wrong, there was too much lameness in the herd.

“Four years ago we dug a lagoon we came up with good road way material and we resurfaced roads we thought were good, so they were all then extremely good, and two years later we hardly had a lame cow.

“Over 1km and you’re putting cows under pressure with lameness.”

Shane Fitzgerald, from Ballynoe, Co. Cork said that they dramatically improved their roadways in the last two years and the impact it has had has been incredible.

“If there is good core there, it’s not too difficult to maintain them and it’s like going from first to fourth gear.”

Laurence Sexton said that smaller cows are ideal for long journeys and walking up and down hills.

“Big cows are not the thing. We have experience of it and they died out of the herd. When they have a huge volume of grass and a huge udder they really do suffer.”

He said on his farm, the biggest case for the smaller cows is the walk. “We have challenging hills and it does affect them. But I would not write off a pure Holstein Friesian cow either, but in our system the 700kg cow is out.

“Small cows are not for everyone but beauty is in the eye of the beholder. With the cows giving me no trouble it means I can get off the farm.”