Farmers selling beef cattle this year will still have to face the prospect of factory price cuts on overweight carcasses.

Weight cuts came back with a bang last January after the moratorium on heavy cattle came to an end and some factories have opted to carry on applying penalties of 10-20c/kg on such animals this year.

The reintroduction of carcass weight cut off limits was not welcomed by farmers as analysis by IFA showed that the implementation of such would hit over 133,000 cattle and cost Irish farmers €10.6m in 2016.

The majority or 89% of these cattle would come from the suckler herd.

However, procurement managers explained to Agriland that these cuts are necessary as markets for heavy cattle continue to decline, with the ideal carcass weight dropping below the 400kg mark.

This comes as only a small market remains for heavy carcasses, with buyers suggesting that some 80% of Irish steer and heifer carcasses now need to be in the 300-380kg bracket to meet market needs.

No place for weight limits

“We [IFA] would be against the weight cuts as they discriminate against cattle coming from the suckler herd.

“Weight limits discriminate against cattle with the genetics to reach heavy weights at younger ages. When the QPS was introduced there was no weight limits and there is no place for weight limits now,” he said.

“There is never a problem with weight, age or grade when cattle are scare. The consumer doesn’t care whether cattle are overweight but factories use it a means of cutting price.

Phelan also urged factories to show some flexibility when it comes to buying overweight cattle.

And he suggested that overweight carcasses could be used in food services, thus doing away with the need to impose cuts on farmers. 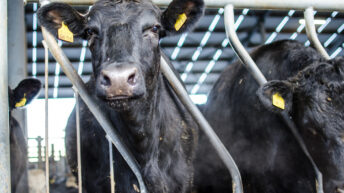 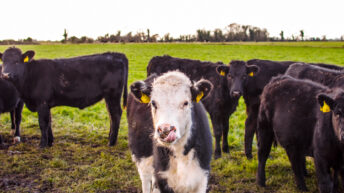