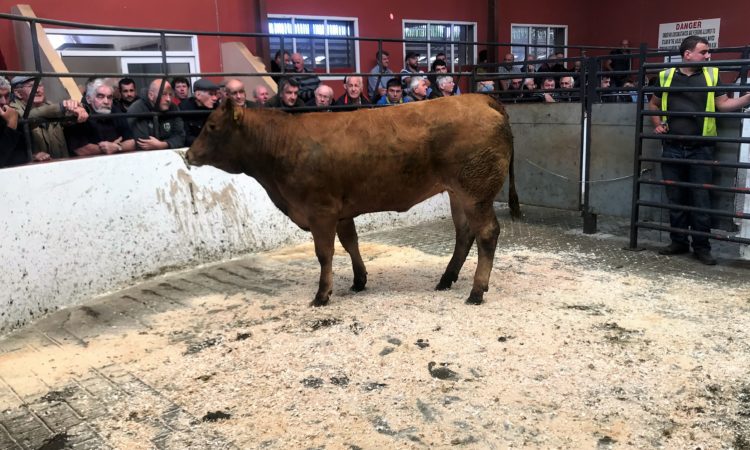 Although a topic of much debate recently, factory feedlot buyers are continuing to make their presence felt at the ringside.

However, many are switching their focus away from Angus and Hereford cattle to better-quality continental heifers – at least in the short-term.

The move can be linked to an unwillingness by many finishers to carry stock this winter, as it’s financially more attractive to sell fodder rather than feed stock. Purchasing these animals now also provides factories with a certain degree of cover for contracts next spring.

Factory buyers have been particularly active in the Munster and Leinster areas for well-shaped Limousin and Belgian Blue heifers that will produce a U-grade carcass upon slaughter.

Heifers weighing over 500kg are most in demand and buyers are paying prices of €2.20/kg and up to secure these lots.

Concerns around factory ownership of feedlots has been a prominent topic of debate recently.

Eddie Punch, the general secretary of the Irish Cattle and Sheep Farmers’ Association (ICSA), raised the question of whether or not it is appropriate for beef factories to run cattle feedlots.

“The way in which the factories have got into the business of feedlots, I think this really needs to be looked at – whether it’s appropriate or right that factories who are involved in processing should also be in the feedlot business.

“Because they’ve been using feedlots to keep a control on beef prices as well at times of the year when supply gets a little bit scarce.

And at the same time now, they’re using the beef price to interfere in ways with the store trade – because they’re sending very strong signals out, which are deterring people from buying stores – so that their own feedlots can then buy stores at a little less than they might otherwise do.

“So we have to have a look at what’s going on here,” he stated.

Continuing with the same sentiment, independent TD Michael Fitzmaurice said: “When you give someone an inch and they take a mile, I think it’s time to start rolling back.

“I believe that legislation needs to be brought in to ban feedlots in this country because they are getting out of hand.”

However, the former president of the Irish Farmers’ Association (IFA), Eddie Downey, recently dismissed calls for feedlots to be banned in Ireland.

Speaking at a recent meeting, he said: “We should look at better ways of controlling the feedlots.

“Stopping somebody having them and taking a buyer out of the marketplace is definitely not a good way to help the livestock sector.”